Home / WORLD / As a new survey shows that more young people identify as trans than lesbian, is the Sapphic sisterhood facing a crisis? 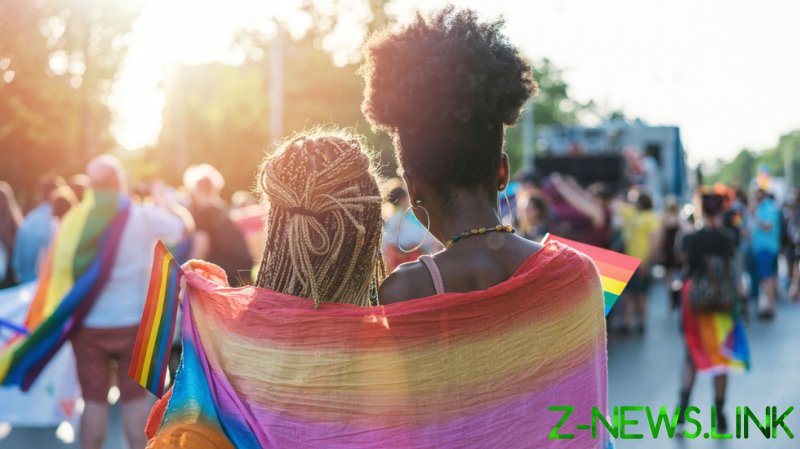 In 2005, a friend of mine and I were watching a popular soap opera when a female character that had previously only dated men suddenly fell in love with a woman. My viewing companion thought it was a little strange that this sudden change in sexuality hadn’t been addressed in any way, with no coming out moment or thoughts of doubt in the character’s mind. “This is the way of the future,” I said at the time, “Watch, in a decade everyone will be pansexual and gender won’t even be considered to exist.”

It would seem that I was somewhat prescient in my offhand comment. According to a recent Gallup poll, 5.6 percent of US adults identify as LGBT, up from 4.5 percent from the poll’s 2017 data. Unsurprisingly, this identification skews younger, with one in six Generation Z adults (aged 18 to 23 in 2020) identifying as something other than straight or heterosexual. It’s perhaps also unsurprising that 72 percent of Generation Z adults and about half of Millennials (aged 24 to 39 in 2020) who identify as LGBT say they are bisexual.

However, it might be striking to some that more Generation Z adults and millennials now identify as transgender rather than lesbian (1.8 percent and 1.2 percent vs 1.4 percent and 0.8 percent, respectively).

To some, this might be considered a victory, a sign that the trans rights movement is working and that we’re creating a more inclusive environment in which people are more comfortable expressing who they truly are. That may very well be, and that is a very good thing.

However, there are also those who dissent and argue that it makes being a lesbian – an identity that many people fought to normalize for many years – seem, to put it crudely, a little outdated.

“For years now, women who love women have demographically been trending away from using ‘lesbian’ in favour of identifying as queer, bisexual or some other label,” lesbian writer Sarah Prager wrote in XTraMagazine.com in April 2020. “Being ‘lesbian’ can almost seem passé now compared to newer identity labels like ‘queer.’”

In a November 2020 post for Andrew Sullivan’s The Weekly Dish, lesbian writer Katie Herzog similarly lamented the waning popularity of her identity in modern culture in a piece entitled ‘Where have all the lesbians gone?’.

“When I came out in North Carolina in the early 2000s, the term ‘lesbian’ was fading and ‘queer’ was rapidly rising,” she wrote. “Most of my peers saw lesbians as stodgy, old-fashioned, and uncool, whereas queers were hip, edgy, and inclusive… Not long ago, it would have been the Christian right stigmatizing homosexual women. Today, it’s also from people who call themselves queer.”

It seems unthinkably politically incorrect to even suggest this, but Herzog admits something that I believe many people must think in their heart of hearts: what if some of the diminishment in lesbianism and rise in transgenderism is ‘a fad’?

After all, it seems almost laughable to me that even though I am only 32, I still distinctly remember a time when two men kissing on television sent shock waves through society. Realistically, in today’s day and age, anyone who wants to view themselves as an activist would have to be an ally to the trans movement. And what better way to do that than identify as trans yourself?

Again, I fully recognize that many people who come out as trans are being true to themselves, and I think that is very brave and they should absolutely be accepted as they are. But if there are people – even a small portion – who are doing so because it is trendy, does that not somewhat diminish the movement in itself?

If you’re asking me for my personal opinion, I simply do not understand why we can’t all be ourselves and just accept people the way they are, and why we all need to fit into some sort of label or collective instead of being proud individuals.

I used to watch gay protest rallies on television in Russia in utter confusion. Ethics aside, I cannot for the life of me understand why someone would actually put on pants to go and protest about who a complete stranger does or doesn’t engage in sexual intercourse with. Seriously though, what difference does it make to you? Can you think of no better hobbies, even if it’s pottery?

At the same time, it strikes me as insincere and somewhat self-indulgent when I come across people who appear to declare their identity according to whatever Twitter deems “progressive” at the given time. To me, it indicates a lack of sense of self, a dearth in personal opinion, perhaps even a deep-seated loneliness. There is a sense of unity in the collective, I know.

And why this incessant need to label everything? Sexuality and identity are extraordinarily complicated subject matters. And love – well, we’ve tried for centuries, and we still can’t come up with a clear definition on what word that means.