Home / WORLD / As a doctor, here’s my message to anyone who thinks it’s OK to deny medical treatment to those unvaccinated against Covid

As a doctor, here’s my message to anyone who thinks it’s OK to deny medical treatment to those unvaccinated against Covid 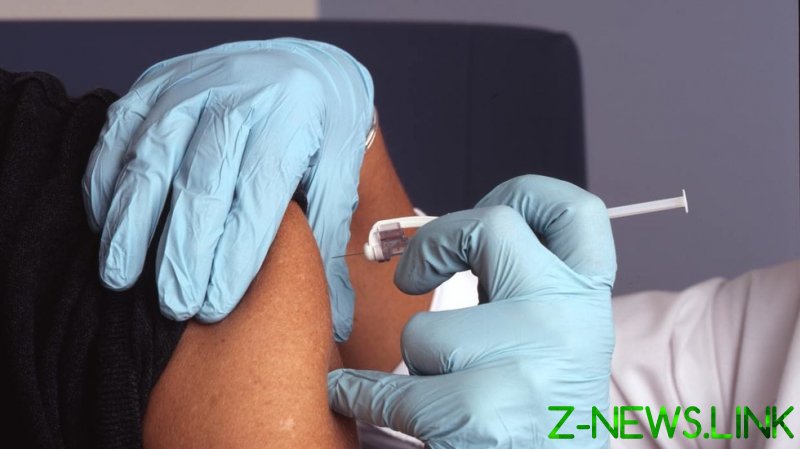 An insidious sentiment has begun metastasizing throughout the United States and Britain, expressed by politicians, pundits, and – most disturbingly – by physicians themselves: that the unvaccinated who contract Covid-19 should be denied medical care.

It gets worse. A former US senator from Missouri, Claire McCaskill, also wants the unvaccinated to have their insurance rates raised. Piers Morgan, the British TV personality, demands to his nearly 8 million Twitter followers that the NHS must refuse them hospital beds. An emergency medical physician in Arizona responds to a video clip of people unmasked in a grocery store with a message, “Let ‘em die”. A liver surgeon at Massachusetts General suggests that declining a Covid vaccine should be treated by doctors as a functional Do Not Intubate/Do Not Resuscitate order.

These are neither private thoughts nor quiet conversations with overworked colleagues: these are calls to action, shared on social media, intended for public consumption.

This should terrify you.

Physicians are translating these verbal assaults into action. Doctors in Florida staged a mock walkout, frustrated that their hospitals are filling up. A North Texas task force was obliged to walk back a proposal to allot ICU beds based on vaccination status rather than need. An Alabama family practitioner is firing all patients who chose not to be vaccinated, whether they were sick or not.

The medical community in the West is teetering on the edge of philosophical malpractice, and for the sake of patients’ present and future, its members must step back and recall why and how we do our jobs.

A fundamental tenet of medical practice is non-maleficence, summed up in the Latin primum non nocere –first, do no harm. In televised remarks on June 2 of this year, President Joe Biden declared of the three available Covid vaccines: “The bottom line is this — I promise you: They are safe. They are safe.” This message has been echoed, without qualification, by powerful entities ranging from hospital administrations mandating staff vaccinations to professional organizations: “The vaccine is safe.”

Let me be clear: I believe vaccination is one of the most important therapeutic innovations in the history of medicine. Vaccines have saved millions upon millions of lives. That said, I also believe that the way these Covid vaccines, with their novel mechanisms of action, have been introduced to the public – as a silver bullet, idiot-if-you-decline, nail-in-the-coronavirus-coffin solution – is disingenuous, hyperbolic, and simply not justified by the existing data.

There are some indications that the vaccines may not be entirely safe to all. VAERS – the United States government’s Vaccine Adverse Event Reporting System – suggests that, while adverse events are extremely rare, they include paralysis, inflammation of the heart, blood clots, and death. These have been largely dismissed on the grounds that the VAERS reporting doesn’t establish causation, and that isolated cases – like the BBC presenter who died after she received the jab – aren’t data, and all that’s certainly true.

However, drug therapies, especially novel ones, cannot be treated as “innocent until proven guilty”; rather, all possible adverse events must be thoroughly and formally explored as consequent to the drug, because occasionally the true harm is worse than anyone imagined, as Merck famously discovered with FDA-approved Vioxx back in the early 2000s. Research published in the medical journal Lancet estimated that 88,000 Americans had heart attacks from taking Vioxx, and 38,000 of them died.

There is no evidence at this stage that the Covid vaccinations are anywhere near as dangerous as that. But the medical industry’s general dismissal of their potential dangers, to the point of imposing vaccine mandates on young, healthy populations like those in the US military, betrays its commitment to non-maleficence and will cost lives.

No medical therapy comes without risk, but informed consent – another foundational principle of medicine – demands that even minuscule risk be related accurately to the patient. A tiny percentage doesn’t mean an insignificant number; at least 6,000 (and rising) deaths attributed to voluntary Covid vaccination per VAERS is twice the fatalities from the 9/11 attacks. That cannot be brushed aside with a comment about “statistical significance”.

In perhaps the most irresponsible instance of failure to note risk, the American College of Obstetrics and Gynecology and the Society for Maternal-Fetal Medicine has declared unequivocally that the “vaccination is safe before, during, or after pregnancy”, knowing full well that no trial has ever been done to thoroughly test that premise.

In medicine, circumstances abound where a negligible risk nevertheless prompts drastic action. Just a handful of reports describing low blood pressure during an operation means that if you’ve taken phentermine, commonly prescribed for weight loss, on the day before elective surgery, your case will almost certainly be canceled. In 2003, the FDA gave the venerable drug droperidol (prescribed to help with nausea and vomiting that are side effects of other drugs) a black box warning, despite more than three decades of wide use without a single case report of confirmed cardiac complications in antiemetic doses.

Any anesthesiologist will include risk of heart attack or stroke in his preoperative discussion with a patient, no matter how many thousands of uneventful anesthetics he or she has given. Doctors have historically been concerned with infinitesimal risk and made concerted efforts to inform and protect the patient accordingly. Our collective failure to do the same in the case with novel Covid-19 vaccines is unconscionable and baffling.

In modern medicine, patient autonomy is sacrosanct. One cannot be given a medical intervention by force; most famously, Jehovah’s Witnesses can refuse blood, even as a lifesaving measure, and a physician ignores that wish at great professional peril.

Covid-19 vaccine decliners are largely painted in media, both traditional and social, as purposefully ignorant, brainwashed by anti-science conspiracy theorists. Such a broad branding doesn’t explain the reticence of a former Pfizer executive, or a cardiologist and internist who’s authored hundreds of published papers, or thousands of doctors and nurses who’ve been on the front line of the fight against Covid for eighteen months and have seen up close the devastation it can cause.

Real reasons abound: a mistrust borne of witnessing Anthony Fauci and then-Surgeon General Jerome Adams change their positions on television; a recognition that evidence for long-term efficacy is weak and may be decreasing; moral objection to drug therapy developed using cell lines from electively aborted fetuses; a personal evaluation of risks and benefits of vaccine versus Covid based on age and health. Even so, the validity of the reason doesn’t matter. Patient autonomy is to be respected without exception. To do otherwise means to fundamentally change the relationship between patient and physician.

Perhaps we should change it, though. Never mind that nobody seeks out Covid, or that their “risky behavior” simply entails normal activities of daily life, or that questions about vaccine safety are building. Perhaps if a person’s decisions are judged by the medical industry to be irresponsible and unsafe, that should preclude care, freeing up resources – beds, money, doctors’ time – for patients who actually demonstrate concern for their own health.

Imagine the precedent that would set, though. The disease burden of the Western world is largely predicated on bad patient habits, mainly tobacco use, alcohol abuse, and caloric overconsumption and sedentary lifestyle leading to widespread obesity (with a rate in the US of 42% and climbing). These cost the taxpayer hundreds of billions of dollars yearly, soaking up enormous resources, and – if the habits aren’t changed – will ultimately render care futile, to be temporizing measures at best.

One might counter that these behaviors don’t affect others, unlike failing to protect against a communicable disease. Ignoring the fact that Covid vaccines are non-sterilizing and aren’t proof against transmission: will we apply that standard to gay men with AIDS? To intravenous drug users with hepatitis C? To sex workers with STDs? To drunk drivers who cause fatal car wrecks? Once medical caregivers declare themselves arbiters of who deserves treatment, there exists no principle that limits such self-appointment to “but only unvaccinated Covid patients, and just for now.” It’s a horrifying prospect.

For physicians, nurses, and everyone involved in delivering medical care, what we must do is simple: treat the patient. Treat the vasculopath getting his sixth bypass and still smoking two packs a day. Treat the chronic pain patient who weighs three times what her skeleton was designed to support. Treat the gangbanger who broke his wrist fleeing from police and crashing into a family of five, killing four of them. Treat the drunk with a blood alcohol concentration of .441, back in the ER yet again. Treat the man who shoved a flashlight so far up his colon that he has to have an operation to remove it. Treat them all with the same excellent care you’d provide to anyone else.

I have, and will continue to do so.

We provide care based on need, not our own perception of who’s deserving of it. Shake your head clear of the fog of frustration that’s drifted up over the course of the Covid pandemic. Remember why you chose this thankless, difficult, honorable profession. Do your job.

And if you can’t, please, please go do something else.