Home / WORLD / As a black man, I don’t want white people to feel guilty, ashamed or embarrassed just for being white

As a black man, I don’t want white people to feel guilty, ashamed or embarrassed just for being white 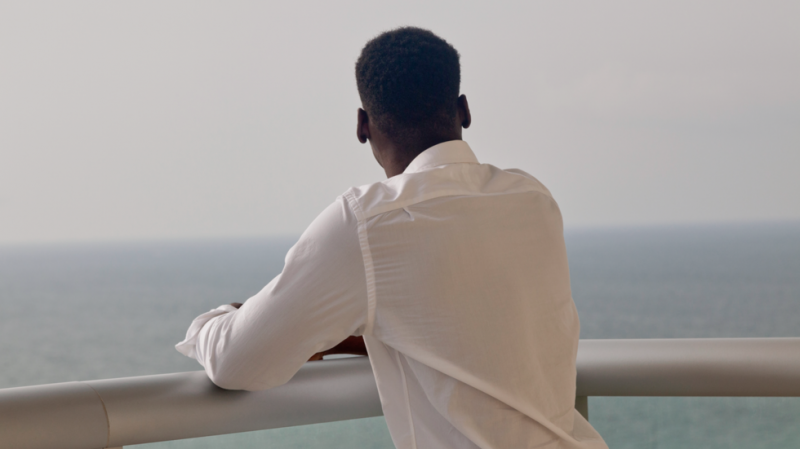 As someone who also comes from an oppressed minority, I can’t help but empathise with your suffering, given the constant barrage of criticism, ridicule, discrimination and animosity you face every day. From being labelled ‘white supremacists’ to having your every achievement dismissed as a consequence of ‘white privilege’, I know what it’s like to be shunned, slandered and defamed simply because of the colour of my skin.

I can’t change the inequalities of the past, but I can stand shoulder to shoulder with my white brothers and sisters to build a better Britain in the future. To paraphrase Jimmy Rabbitte in The Commitments, white people have become “the blacks of Europe.”* But enough is enough: now is the time to…

I really do feel for white people. Just as black people have endured centuries of being characterised as an homogenous whole lacking individuality, identity or, dare I say, a ‘soul’ – by everyone from politicians to plutocrats to plebs on the street, with bourgeois elites the prime beneficiaries of racist reductionism – increasingly, white people are being caricatured as ovine, soulless and universally racist by extremist woketards who are either hell bent on payback or simply incapable of reading the room when it comes to reconciling Britain’s racially charged colonial past with its work-in-progress but nevertheless more progressive present.

Take Oxfam’s cultural safari into the intellectual jungle that is critical race theory.

In an effort to explore racial justice within the organisation, Oxfam canvassed its 1,800 UK staff with a “whiteness survey,” leaving some of the 88% of employees who are white a little bruised from the experience.

Describing racism as “a power construct created by white nations for the benefit of white people,” Oxfam has defined ‘whiteness’ as “the overarching preservation of power and domination for the benefit of white people.” One anonymous member of staff felt so assailed by this sweeping generalization, she confided in the Daily Mail that she felt “under attack for being white, English and voting Leave.” Pointing to recent sex scandals that have tarnished the international NGO’s whiter than white reputation, one survey respondent said, “Surely the time and money should be better spent on the real findings that some of the men they employ are sexual predators?”

Oxfam’s UK staffers were asked to indicate their ethnicity on the research document, and quizzed if they would describe themselves as “non-racist, anti-racist or none/neither” in the questionnaire, reportedly devised by a four-person working group. The survey also stated that “all echelons of power, to some degree, exist to serve whiteness (whether by legacy, the presence of neo-colonialism or cultural imperialism).” Well, if this is the case, I’d do well to pack up, ‘go back to where I come from’ and hope for the best, as once again yet another influential, highly regarded and overwhelmingly white organisation has whitesplained racism to such an extent, and as a fait accompli, that it hardly seems worth being black ‘in a white world’ if the game is so rigged.

Nevertheless, from what I know of Oxfam and other third sector organisations like it, I have no doubt that their heart is in the right place. Having worked with numerous NGOs and charities over the years, including, obliquely, Oxfam, I have nothing but the utmost respect for the thousands of staff members, often female, who are engaged in alleviating the pain and suffering of people not just around the world, but also right here in the UK.

On several occasions, I’ve found myself sat around the big table questioning the preachy, sanctimonious and worthy approach of some communications teams who see sticking a smiling black child on a fundraising leaflet or annual report as the be all and end all. Honestly, this is no better than wildlife charities plastering pandas all over their bumph. Pandas are cute. People love pandas. But it’s also a cynical, cliched way of getting attention that doesn’t address the elephant in the room – what the hell happened to all the pandas?

Back in 2019, the problem of ‘white saviour’ types thinking they can save the world with photogenic toddlers was highlighted by Tottenham MP David Lammy’s lacerating takedown of TV presenter Stacey Dooley. The mockney star of ‘Strictly Come Dancing’ was taken to task by others, and the UK’s black community at large, for her use of a patronising Instagram photo of her grinning her face off with a nameless Ugandan child while on a junket for the charity Comic Relief. The subtext of the image, and hundreds if not thousands of others like it, which have been used over the years to hawk the fundraising activities of various charities and NGOs, embodied the worst of liberal racism. It’s a form of distilled ‘othering’ that completely removes black adults from the picture, literally, to focus on the child, as if they’re toys or dolls akin to Victorian golliwogs.  It’s one of the most disgusting forms of real racism there is because it’s so pernicious, subconscious and achingly liberal in its apparent worthiness or ‘playfulness’. It was partly this long-standing resentment among black people in Britain toward charities for stereotyping Africans that underpinned Lammy’s lobbying and Comic Relief’s decision in 2020 to stop sending celebrities to Africa because of the folly of ‘white saviours’.

To this end, there is actually something admirable, maybe even brave, about Oxfam’s racial justice navel gazing. Too many liberal white-dominated organisations or sectors such as academia, the arts and media assume that they’re ‘the good guys’ – simply because they’re not populated by Brexit-voting, right of centre, non-university educated oiks. Some of my best friends happened to have voted Brexit, are a touch reactionary and couldn’t even spell ‘university’ with the use of autocorrect. They also happen to be white. Are they racists? No. Are they increasingly concerned about being labelled as such? Hell yeah. But then, so am I.

As an ethnographer, I’m concerned that both wokeness and conservatism could wind up curtailing the sort of academic inquiry Oxfam appears to be attempting. On the one hand, as Oxfam illustrates, using passive-aggressive, assumptive, woketard language just to get people on a liberal white guilt trip is a road to nowhere. The idea that all white people, everywhere have ‘privilege’ is simply nonsense. You only have to look at the millions of struggling white working-class people in Britain who could, with a bit of genealogical help, trace their family lineage back to the first detailed census of 1841 to see that most socially, culturally, geographically and crucially, economically have barely moved in the last 180 years. Go back to the Domesday Book of 1086 and what you find is even more shocking. Peasants of that era have progressed as far as what, a council estate and Universal Credit over the course of a millennia? My parents came to Britain in 1962 from the former colony of British Guiana and thrived, not despite racism, because of it. Oxfam and its ilk needs to ‘check its privilege’ lest it assume that ‘white supremacy’ conveys a magical power on white people to succeed that they simply do not possess.

But equally, mindless, dribbling cretins on the right need to stop whining about questions surrounding their own ‘identity issues’. Given the extent to which the right racializes everything any other ethnic group does, yet sees white people as somehow race neutral, constantly crying, “it’s wokeness gone mad” every time a work survey asks its staff anything tougher than “do you put the teabag or the milk in first when making a cuppa?” only adds to white stasis. While bellyaching this week, for instance, that white working-class boys have become the runt of the UK’s litter, the right’s immediate instinct was to blame ethnic minorities – for being more successful!

This inability to have cultural insight, while blaming ‘the other’ reminds me of a pivotal scene in yet another Alan Parker film, Mississippi Burning. Set in 1964, Gene Hackman’s hardboiled FBI agent, Anderson, is relating a story about how he discovered his father poisoned a mule that belonged to his neighbour, a black farmer, to his achingly liberal partner, Ward, played by Willem Dafoe.

Ward: “You think that’s an excuse?”

Anderson: “No it’s not an excuse. It’s just a story about my daddy.”

Ward: “Where’s that leave you?”

Anderson: “My old man was just so full of hate that he didn’t know that bein’ poor was what was killin’ him.”

*NB: Black people are actually “the blacks of Europe.”