Home / WORLD / As a billionaire offers a free trip around the Moon, RT imagines playing among the stars with the great and the good of today

As a billionaire offers a free trip around the Moon, RT imagines playing among the stars with the great and the good of today 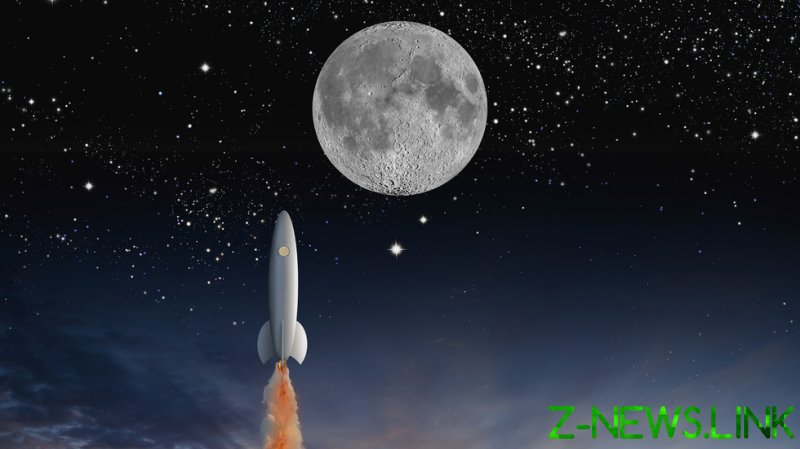 “This is dearMoon Mission Control: T-minus 30 seconds, 30 seconds to lift off. On this, the first tourist mission around the Moon, done for no reason whatsoever other than it’ll be a bit of fun. That is, of course, if you don’t explode. Anyway. Buckle up, guys.”

I would turn and look around but everyone is wearing the same spaceman style helmet. I can hear them all, though, chattering away on the internal headset thing. And they are, to be honest, doing my head in.

Eight people, four rows of two. Dunno who sorted out the seating plan, probably Elon Musk. They say he likes to smoke a little weed, or he did one time on a podcast anyway. And he has a sense of humor for sure, didn’t he send his own Tesla Roadster with a dummy driver up into space already?

I hope we don’t crash into it.

Elon, of course, is on board – sitting on his own up front; he wanted a spot and who could argue? It’s his rocket. And I guess somebody has to press the buttons. Did I just see a burning reefer tip glowing inside his helmet…?

Wow, hang on a sec. I’m sitting next to fashion billionaire Yusaku Maezawa. He’s paid for everyone’s trip. This was all his idea.

But didn’t he originally plan to find a girlfriend to sit next to for his mega cash splurge? Around 28,000 women applied but he pulled out in the end due to ‘mixed feelings’. I didn’t think to ask what those ‘mixed feelings’ might be and, anyway, these space suits are race and gender neutral.

“MZ, mate, I’m resolutely straight. I’ve never even been tempted,” I say into the intercom thing. “But there’s some people behind us you could get to know.”

He just smiled, at least I think he smiled. All I can see is the reflection of my own helmet.

Behind Yusaku and I, sit transwoman Rachel Levine – Rachel was born male and was picked to serve in the Biden administration – and next to her sits lesbian and feminist rights activist Sam Esther.

And man, oh man, these two have been bitching at each other since before we even pulled on our space costumes. “Listen, Sam, I don’t care what you or anyone say. I AM a woman. End of discussion,” said Rachel. “I’m not listening. La la la la la!”

“You’re not! You’re not a REAL woman! Lipstick, a flowery skirt and silicone implants don’t make you a girl! You’re just pulling on the external representations of what a woman is. As imposed upon females by the patriarchy.”

“You can’t know what it really feels like to be a woman because you don’t menstruate! You can’t give birth and…”

OK, there are some knobs and buttons in front of me here. I think I can turn them down.

Behind the L and T splintering elements of the LGBPTGQIAAA+ community comes the poet Amanda Gorman. At the age of 22, she read out her poem ‘The Hill We Climb’ at the inauguration of President Joe Biden and, well, she’ll never have to work a day in her life again.

She’s reciting her poem right now, in fact: “We the successors of a country and a time, Where a skinny Black girl descended from slaves and raised by a single mother can dream of becoming president only to find herself reciting for one…”

Next to her sits Enrique Tarrio, leader of the Proud Boys. But, presumably, not so proud to be an FBI informant. The Proud Boys are far right, male only, white-supremacists who were involved in the storming of the Capitol building in January 2021… though, Tarrio is of Afro-Cuban descent. Odd, no? Anyway. He’s just sitting with his arms folded, but even in his spacesuit – he looks like he might explode.

At the back comes animal rights activist and vegan, cow savior and occasional actor Joaquin Phoenix. He’s sitting alongside Merelize van der Merwe. She hails from South Africa, just like Elon Musk. Merelize came to worldwide fame for shooting a giraffe and then posing with his blood-dripping heart on Facebook.

The giraffe trophy hunt was a Valentine’s Day gift from her husband; heart, Valentine’s Day, get it? They reckon she’s killed at least 500 wild animals, including lions, leopards and elephants.

“I wonder if they have steak for lunch on the in-flight menu?” she said.

“What, what?” said Joaquin. “I thought this was a vegetable-only mission?”

“Oh, chill out, man is carnivore. We are top of the food chain. Oh, are we gonna get to do any hunting on Mars?”

“We’re not going to Mars, you retard. We’re going around the Moon, and we ain’t even stopping, and another thing…”

“…we are striving to forge a union with purpose,” recited Amanda. “To compose a country committed to all cultures, colors, characters and conditions of man…”

Oh man, the buttons don’t work! I can’t turn these people down! And it’s three whole days to get there. A loop around the Moon. And then three whole days back! Stop! I wanna get off. The door! Where’s the bloody door?”