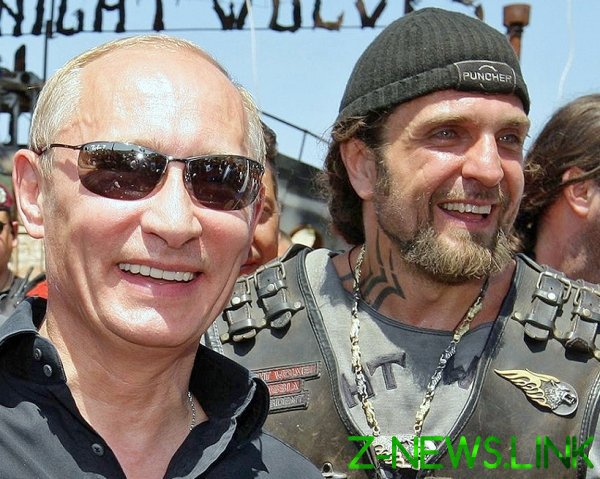 Manufacturer of “Tigers” decided to sue the Surgeon, the brand of “Wolf”.

Manufacturer of armored vehicles, wants to deprive of the leader of “Night wolves” monopoly on the brand “Wolf”, as he does not use it. The Surgeon told RBC that is ready to allow to call the new armored car “Wolf”.
The court for intellectual property rights (SIP) has received and accepted the claim of the Arzamas machine-building plant (AMZ) to the owner and leader of the club of bikers “Night wolves” Alexander Zaldostanov, known under the nickname Surgeon. In the definition of CIP, published in the record of proceeding, indicate that a preliminary hearing on the suit is scheduled for April 13.

The plaintiff is seeking early termination of legal protection owned by the Surgeon of a trademark due to non-use. According to court documents we are talking about a trademark, is protected by a certificate of Rospatent No. 191341. Under this number in 2000, the Association “Night wolves” was the registered brand of “Wolf”, and his graphic expression. In 2007, the “Night wolves” has conceded the rights to the brand Zaldostanov, in 2019 the term of the exclusive right to a trademark has been extended until March 2029.

See also:  Turchinov made a statement on the Russian "peacekeepers" to Donbass

The Arzamas machine-building plant, which produces in particular the armored cars “Tiger” and the civil version of these machines, asking the court for early termination of the patent on the brand “Wolf” for these classes of goods and services as “vehicles, apparatus for locomotion by land, air or water”, and “sale of vehicles”. According to the patent, the brand also covers goods belonging to the category of protective clothing (including helmets, helmets, goggles, pads, gloves), as well as services for the sale of such products and services to tattoo parlors.

In 2015, the Arzamas machine-building plant announced the creation of an armored car “Wolf”. According to the Director of sales AMZ Oleg Biryukov, armored vehicle developed for the Ministry of defence, and after passing all the tests “Wolf” will be launched in serial production.

“I learned about this today from the press. Not anything I was aware of the fact that this problem exists. In fact, I think that they have just not found or they could not go out with me. And they’ve resorted to this method of communication, although it is strange. Although you found me, I do not hide from anyone,” — said RBC biker Alexander Surgeon Zaldostanov.

See also:  In Kiev held a rally against the exploitation of animals in the circus

“My position is very simple. I’d love to give the right to be called the proud name “the Wolf” to these remarkable vehicles. Moreover, I invite Arzamas plant to take part in the climax of the show on 8 August under the title “Stairway to heaven”. They can put your stand, to show their armored vehicles to the public, if they so want to call them by the name “Wolf”. However, I want to say that your brand, we do not refuse because it is associated with our history, and anyone we allow to use this name also will not” — said Zaldostanov.