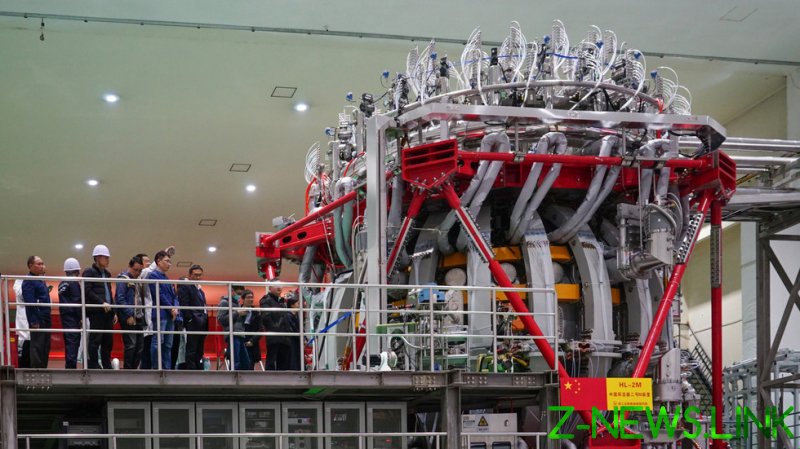 A clean energy experiment known as the ‘Artificial Sun’ reached a temperature of 70,000,000C, and held it for more than 17 minutes, during trials in China. The program aims to mimic natural reactions occurring within stars.

The achievement was announced on Friday by Gong Xianzu, a researcher at the Institute of Plasma Physics of the Chinese Academy of Sciences (ASIPP). “The recent operation lays a solid scientific and experimental foundation towards the running of a fusion reactor,” Gong said.

The EAST project aims to develop technology than can deliver near-limitless clean energy through mirroring the reactions that happen within our Sun and other stars. The experiments are being undertaken in Hefei, the capital of east China’s Anhui Province.

The program uses nuclear fusion, colliding atomic nuclei to generate massive amounts of energy, replicating the physics of stars. Unlike nuclear fission, which is used in conventional nuclear power, no hazardous waste products are left behind.