Home / auto / Around the Tesla Model 3, a scandal erupted

Around the Tesla Model 3, a scandal erupted 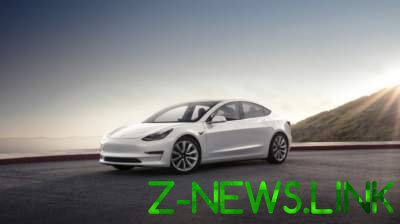 It all started with the fact that Consumer Reports has published a review on the new electric sedan.

The magazine Consumer Reports, many years standing guard over the interests of consumers, responded to the criticism of Tesla, promising to thoroughly test and evaluate the sedan Tesla Model 3, when he will be at his disposal.

It all started with the fact that Consumer Reports has published a review on the new electric sedan Tesla Model 3, which should soon appear on sale. The review stated that the sedan will have “average reliability”:

“Tesla Model 3 will initially average reliability, as it is a technology already used in Tesla Model S. But we can’t say that from the beginning will be a high degree of reliability.”

Overall opinion was quite positive, but he did not like Tesla. Its representatives spoke rather sharply in relation to Consumer Reports:

“Our own data show again and again that Consumer Reports constantly introduces consumer confusion. The conclusions of this publication often do not correspond to reality. This edition conducts tests and surveys that do not have the fundamental scientific basis. In addition, they are not even conducted tests of the Model 3, and have already made about her conclusions”.

The magazine decided to clarify its position. Jake Fisher, Director of automotive tests in CR says that some new technology makes cars less reliable than usual. This is especially true of the first generation of any model. But electric vehicles, like Tesla Model 3 and the Chevrolet Bolt, less technical problems than conventional machines.

Fisher promised to check and assess the Tesla Model 3 also carefully and meticulously, like other cars. However, while this new product in a Consumer Reports is still there, although Tesla has already released its 260 copies.