Home / Society / Around the kindergarten in Kyiv erupted serious scandal

Around the kindergarten in Kyiv erupted serious scandal 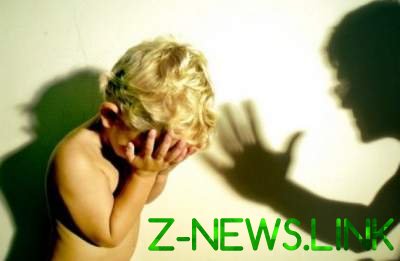 In the kindergarten head, threw the child face on the floor.

In Vorzel in Kyiv region head of the kindergarten №9 left 5-year-old boy face on the floor.

The incident occurred on Friday, September 22. This was told by the mother of the child victim.

“They had a celebration for caregivers, parents not invited. There was only the kindergarten staff and children. My boy specific, it is not involved in the holidays, not singing, not dancing, but sitting and watching”, she said.

When the woman came for her son, then saw the bruise on half his face and a scratch. The child said that the head of the kindergarten threw it on the floor.

“He’s shaking all over, tears in his eyes. The word “head” he’s just hysterical, panic begins,” said the mother.

That day the mother of the child did not catch the head of the kindergarten, but the teacher told her that during the feast the boy was beside her and was quiet.

According to the teacher, the head flew into the hall, where he joined the children and grabbed the child. He started to escape, but she withdrew from the hall… After 5-10 minutes the child was already with a bruise on her cheek.

The boy’s mother also said that the teacher called her that evening, but did not admit his guilt. She stated that the woman’s son very much struck her.

September 25, parents and local MPs came to kindergarten to talk with the Manager, but “no clear response is not heard”.

At the moment parents are not going to pick up the boy from kindergarten, and I want the supervisor fired.

“The child at home, in the garden categorically refuses to go… I believe that if a person shows aggression towards children in kindergarten, and it’s not the first time that such a person does not need to work with children,” added the mother of the beaten boy. 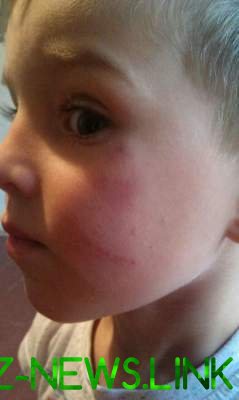 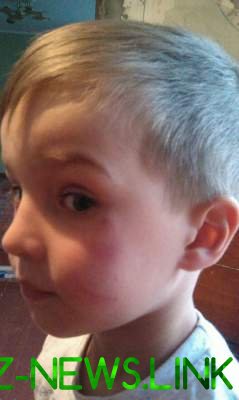