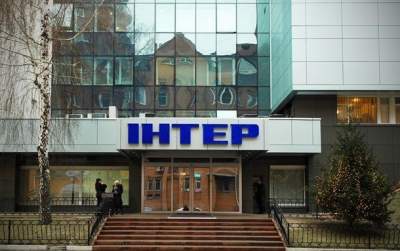 Ukrainians angry stream of a concert with Russian singers.

On Saturday evening, September 16, the Ukrainian TV channel “inter” aired a concert of the Russian musician Leonid Agutin, which in may 2017, contributed to a database of criminals of the Ukrainian center “Peacemaker”.

In the base of the “Peacemaker” Leonid Agutin caught for illegal crossing of the state border of Ukraine. In addition, the singer has participated in outreach activities in Russian-annexed Crimea. The concert was shown on television on Saturday evening, at 20.30, after it became known about the tragedy at camp “Victoria” in Kharkov.

Repeat transmission is scheduled for Sunday, September 17, at 14.00. On the website of the TV channel “inter” concert advertised on a large scale and say what a great show awaits viewers.

One of the first their outrage was expressed by a prominent Ukrainian political analyst Alexei holomuzki on his page in Facebook. “That would not have happened in the country, and “inter” sticking to its line: to show Russian pop g*contrib-type concert yesterday. Accidentally turned on and immediately tries…” – he wrote.

Other users of social network Facebook also expressed their outrage and have written that many years trying not to watch the TV channel “inter”. 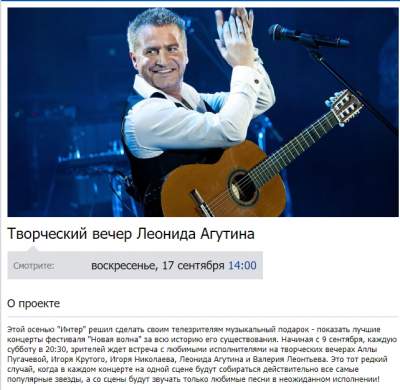 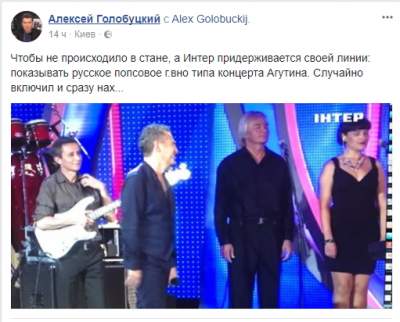