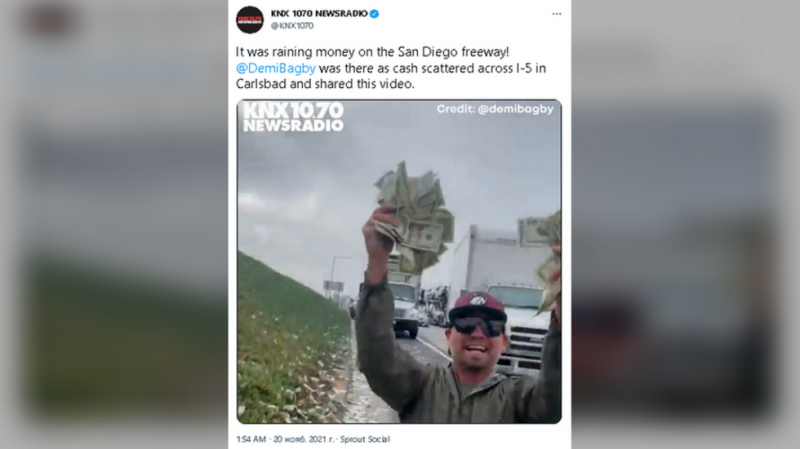 The California Highway Patrol (CHP) told local news stations that when the vehicle was driving down the Interstate 5 in Carlsbad, near San Diego, on Friday morning, one of its doors popped open and bags of cash flew out.

“People stopped in the lanes, completely blocked the lanes, started picking up the cash,” a CHP spokesperson said.

A video on social media shows jubilant drivers and passengers rushing to scoop up bills scattered on the road. Some were jumping and yelling with packs of money in their hands.

“This is the most insane thing I’ve ever seen! Someone dropped money all over the freeway. San Diego has shut down,” a person said in the video.

A man and a woman were arrested on suspicion of taking the money and blocking traffic, CHP Sergeant Curtis Martin said. He explained that the cash belongs to the Federal Deposit Insurance Corporation, and people should return the bills to a CHP office within 48 hours to avoid potential criminal charges.

“If you found money on the freeway, it is not your money,” Martin said.

Fox 5 TV channel reported that law enforcement was working to identify the drivers who had taken the money home.