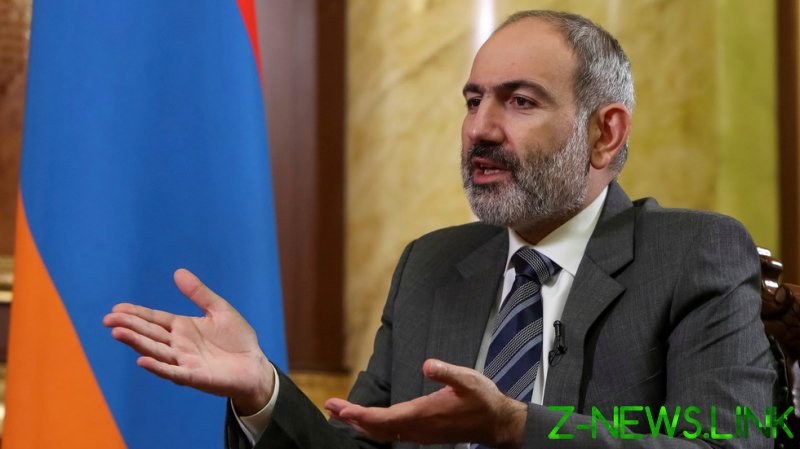 The Armenian leader said he has no intention to relinquish power. Instead he plans to remain as acting prime minister during the campaign before the general election, which he earlier promised to hold on June 20. The Armenian constitution requires the dissolution of parliament before an early election is conducted. This in turn requires the prime minister to resign and MPs not appointing a replacement within two weeks.

Support for the populist leader, who came into power on the back of mass protests in 2018, tanked in the wake of last year’s armed conflict over Nagorno-Karabakh. The predominantly Armenian region of neighboring Azerbaijan won de facto independence in the 1990s, with Yerevan’s military and political support.

However, the balance of power shifted over the following decades, and in 2020, Azerbaijan, backed by close ally Turkey, recaptured many of the territories lost at the end of the previous century. The defeat was humiliating for Pashinyan, who came under pressure from political opponents and military commanders to resign.

The snap election is meant to renew his mandate to govern Armenia, but, of course, could also prove that the Armenian people no longer want him at the helm. Pashinyan’s opponents accused the Prime Minister of stalling instead of taking responsibility for his failures, with some even suggesting that his promise to hold the election may not be fulfilled at all.