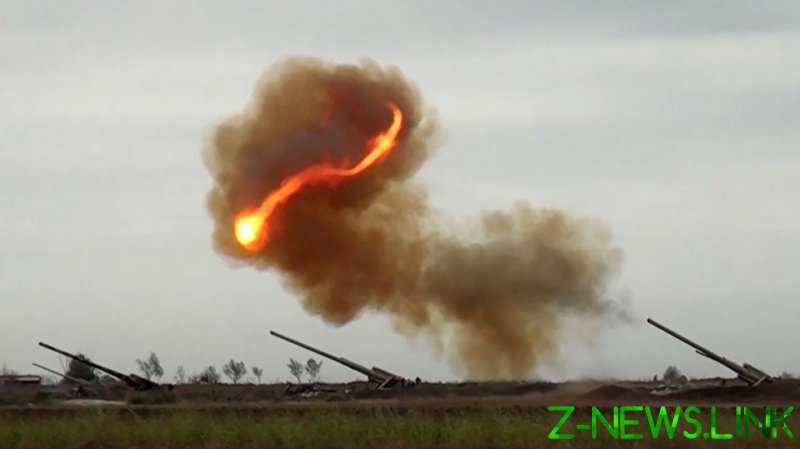 Azeri forces targeted non-combatants in the small Armenian border town of Vardenis on Tuesday, according to Artsrun Hovhannisyan, the Armenian Defense Ministry representative. The official uploaded to social media what he said was photographic documentation of the aftermath of a strike by an Azerbaijani unmanned aerial vehicle (UAV).

The images circulated online show the extent of the destruction. The defense official clarified that “fortunately, no one was hurt.”

According to the Armenian military, an army unit in Vardenis had also taken artillery fire from across the border. Azerbaijan insisted its troops were responding to shelling coming from the very same area and hitting the Azeri region of Dashkesan. Later in the day, President Ilham Aliyev said at least 10 civilians had been killed in the Armenian attacks.

The recent developments appear to have raised the level of ire against Azerbaijan in Yerevan. Baku should “brace for a harsh response,” Shushan Stepanyan, spokeswoman for the Defense Minister, warned.

Armenian troops “will be forced” to use high-power weaponry “intended for large and indiscriminate destruction of manpower, and static and mobile property alike.” This is a like-for-like response to the Azeri forces’ use of “heavy flamethrower launchers, large-caliber artillery and ‘Smerch’ [multiple launch rocket systems],” she insisted.

Historically bitter foes and military rivals, Armenia and Azerbaijan engaged in intense fighting along the mountainous border of the contested Nagorno-Karabakh region on Sunday. Hostilities quickly escalated to the boiling point, with both sides extensively using heavy artillery, tanks, rocket launchers and drones against each other.