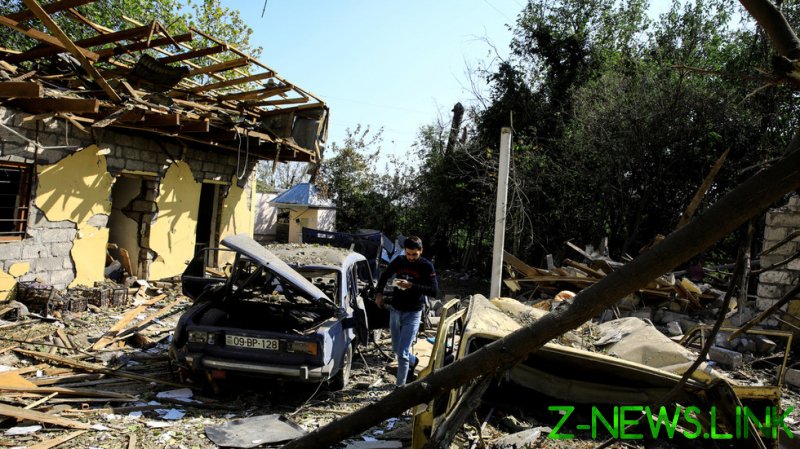 Azerbaijan’s Defense Ministry claimed that Armenia had launched volleys of rockets at the town of Hadrut in disputed Nagorno-Karabakh and “intensively” shelled several Azerbaijani villages on Saturday morning.

A representative from the Armenian Ministry of Defense denied that the country’s forces had targeted Hadrut. Baku earlier announced that its army had seized the town during its offensive into Nagorno-Karabakh, but Yerevan kiboshed that claim, saying that Armenians were still in control.

Armenia’s Defense Ministry spokesperson Shushan Stepanyan, meanwhile, said that Azerbaijan used combat drones on Saturday to attack two villages in the Syunik region in the southern part of the country. The claim was rejected by Baku.

Reports of fighting emerged as the ceasefire came into effect at noon local time. The truce was brokered by Russia late on Friday night following lengthy talks between the foreign ministers of Armenia and Azerbaijan in Moscow.

The intense clashes over Nagorno-Karabakh – an Armenian-populated enclave inside Azerbaijan – erupted on September 27 and have continued for almost two weeks. Both sides blame the other for starting hostilities. The fighting is the most serious instance of combat between Armenia and Azerbaijan since a devastating six-year war in Nagorno-Karabakh, which ended with a truce signed in 1994.