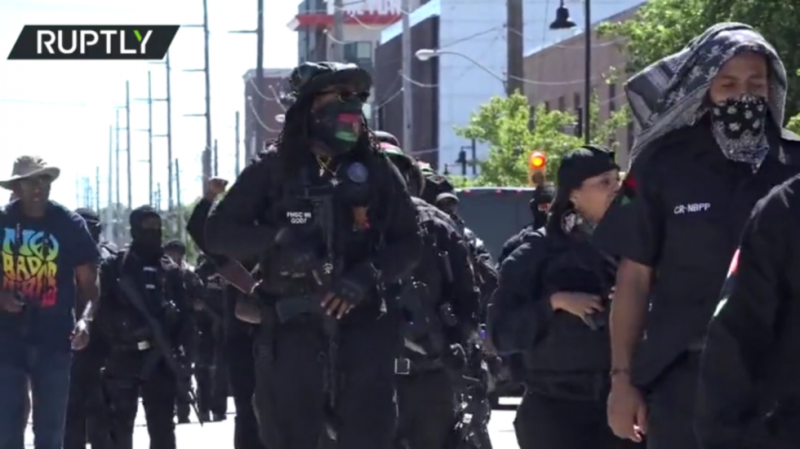 The event, called the ‘Second Amendment March for Reparations’, took place on Saturday afternoon in the northern part of Tulsa. Hundreds of participants carrying weapons and dressed in paramilitary black and khaki clothes marched through the city chanting slogans including “Whose streets? Our streets” and “Black Power.” The activists also carried a large banner demanding “Reparations now.”

The protest remained peaceful, though at one point the police had to explain to the organizers that they could not take part in another commemoration event happening in Tulsa, because the other side had a no-weapons policy in place. The gun owners planned another rally for Sunday.

The Tulsa race massacre, which the march was timed for, broke out on May 31, 1921 and lasted for two days, when white residents of the city took up arms against their black neighbors. The documented death toll of 36 is believed to significantly underestimate the scale of the violence, in which hundreds of black people and dozens of white people were likely killed.

The massacre also left thousands of black people homeless, and obliterated the wealth of the Greenwood District, the richest black neighborhood in the US at the time, which was known as the ‘Black Wall Street’.

The activists are calling for reparations to alleviate those and other historical injustices inflicted on black people in the US.