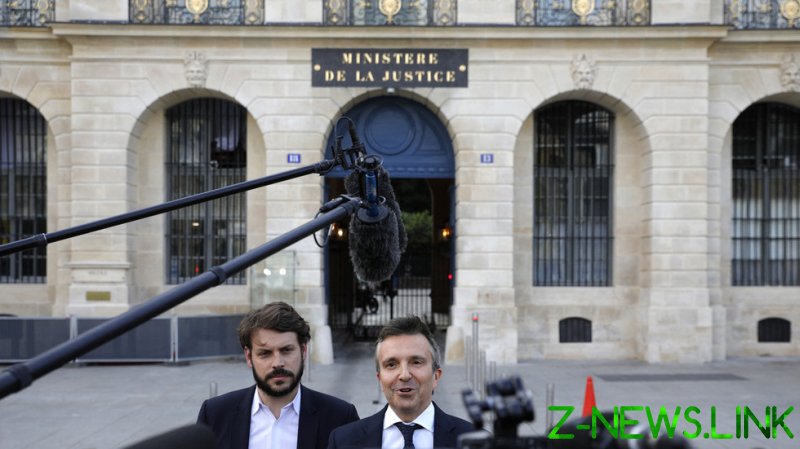 Dupond-Moretti, who was made justice minister in July 2020, is being investigated after conflict-of-interest complaints were filed against him by France’s largest magistrates’ unions.

They argue that some of his work as a high-profile lawyer prior to his government role makes him biased against certain judges.

The minister has claimed the unions are seeking to stop his intended changes to the justice system, including televising court events and updating judges’ training handbooks.

His legal representative, Christophe Ingrain, said on Thursday that his client was “calm” after the search, which he said had involved 20 armed gendarmes in what was a “totally disproportionate” use of force.

Speaking to reporters outside the Ministry of Justice, Ingrain accused investigators of a “violation” of Dupond-Moretti’s privacy.

Ingrain said he did not know what material investigators were seeking, but told the media on Thursday evening that the raid was ongoing.

He said the search efforts had been complicated by the discovery of safes without keys which dated back to the 1960s and had to be broken into by a locksmith.

Before Dupond-Moretti took up his role, he claimed the National Financial Prosecutor’s Office (PNF) had unlawfully seized his and other lawyers’ phone records as part of a corruption investigation into former French President Nicolas Sarkozy.

He filed a complaint – which he later dropped – against a magistrate in the PNF who he said had used “cowboy methods” to access evidence.

Dupond-Moretti’s efforts to file a case against the judge are one of two matters unions see as a potential conflict of interest.

The other is that he represented a Monaco police officer who was being investigated by a local magistrate for suspected corruption.