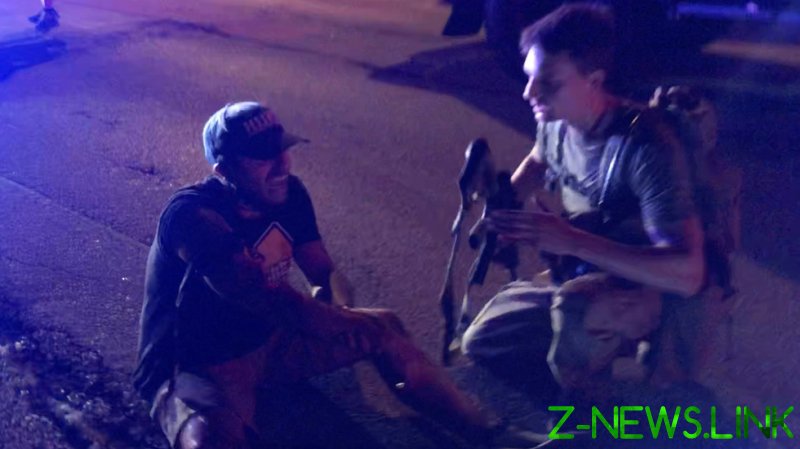 Rittenhouse has been arrested and charged with murder after he shot three people during the rioting in Kenosha, Wisconsin, on Tuesday night. Two died, and a third, Grosskreutz, has had surgery to repair a massive bullet wound to his bicep.

With the public divided over whether Rittenhouse acted in self-defense, a series of Facebook posts by Grosskreutz’ friend, Jacob Marshall, went viral on Thursday. In comments under a photo of Grosskreutz after surgery, Marshall described how Gaige had his gun drawn at the time of the shooting.

“I just talked to Gaige Grosskreutz too,” Marshall wrote. “His only regret was not killing the kid and hesitating to pull the gun before emptying the entire mag into him.”

“Should’ve killed him right there and then,” Marshall added.

Both Marshall and Grosskreutz’ Facebook pages have been set to private, but multiple screenshots of the comments circulated on Twitter on Thursday evening.

Grosskreutz is the only victim left alive to testify, and video evidence could play a deciding role in the court’s decision. But speculation and findings on social media suggest the footage of all three shootings will likely make an even stronger case for self-defense.

Of the other two men shot by Rittenhouse, one turned out to be a convicted child molester and the other a domestic abuser with a rap sheet including strangulation, use of a dangerous weapon, and false imprisonment. The latter now has a GoFundMe page set up on behalf of his partner, calling him “a hero” and racking up more than $100,000 in support. A GoFundMe page set up for Kyle Rittenhouse to cover his legal expenses has meanwhile been deleted by the platform.

Initially, the protests and riots in Kenosha were incited by the police shooting of Jacob Blake, a black man who was shot seven times in the back in front of his three children on Sunday. Blake survived, but his family have confirmed that he is now paralyzed from the waist down.