Armed gang kidnaps up to 17 American Christian missionaries, including children, in Haiti – reports 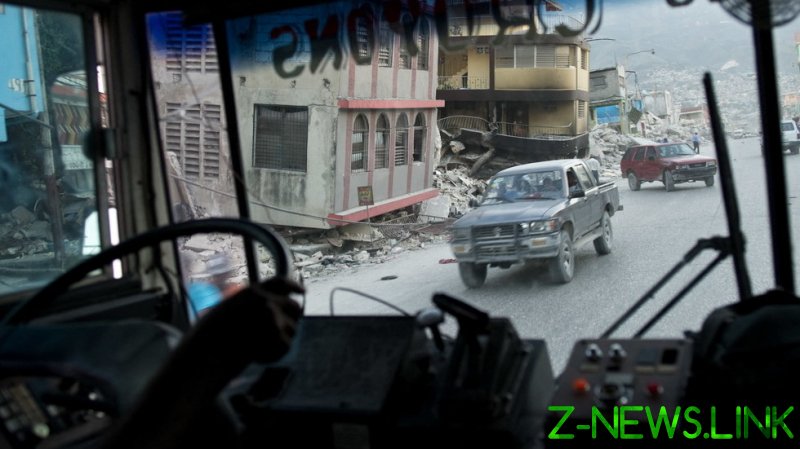 The group was kidnapped on Saturday, while traveling on a bus not far from the Caribbean nation’s capital, Port-au-Prince, an initial report by the New York Times stated. Citing Haitian officials, the NYT said 17 hostages – among them US missionaries and their family members – had been abducted. At least three children were believed to be with the group, CNN reported. On Sunday, local security sources confirmed to the AFP news agency that at least 15 Americans had been kidnapped, and said they were being held by an armed gang.

The group had reportedly been heading to the airport after visiting an orphanage, when one of its members had posted an SOS message in a WhatsApp group. Cited by the Washington Post, it read, “We are being held hostage. They kidnapped our driver. Pray, pray, pray. We don’t know where they are taking us.”

No further details about the missionaries or their church is currently available, but news of their abduction was disseminated among other religious aid groups via a “special prayer alert” sent out by Ohio’s Christian Aid Ministries, which is said to have direct knowledge of the incident. It said a field director of the mission whose members have been kidnapped had been staying at a base in Haiti at the time of the incident and was now working with the US Embassy there to try to resolve the crisis.

No official statement has so far been issued by the embassy, while the US State Department said it was “aware of these reports,” but did not provide any further details.

Haiti has been engulfed in turmoil for years. The security and economic situation has worsened over the past several months, however, after President Jovenel Moïse was assassinated at his residence in July, and an earthquake hit the country in August, killing more than 2,000 people and leaving tens of thousands homeless.

Kidnappings have recently become much more common in the country, often happening in broad daylight. Those abducted include schoolchildren, pastors, police on patrol and even poor street vendors. Estimated to be the highest recorded per-capita kidnapping rate in the world, the number of abductions this year has spiked dramatically and already exceeds 600. According to the Center for Analysis and Research in Human Rights, a civil society group based in the capital, at least 628 kidnappings, including 29 of foreigners, have taken place since January. In 2020, 234 abductions were reported to the police, according to the United Nations Integrated Office in Haiti.