Home / WORLD / Arizona senator tells fans to ‘fast a meal’ and donate the money saved to her limping campaign, then says it was a ‘joke’ (VIDEO)

Arizona senator tells fans to ‘fast a meal’ and donate the money saved to her limping campaign, then says it was a ‘joke’ (VIDEO) 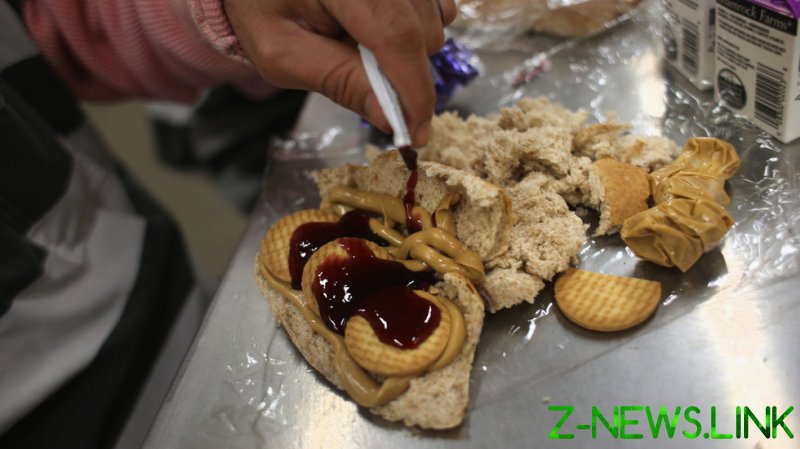 McSally, a Republican lawmaker who is fighting to keep the seat she was appointed to hold in lieu of the late John McCain, was recorded delivering an awkwardly-worded pitch for small dollar donations. “If you can give a dollar, five dollars, if you can fast a meal and give what that would be,” she told her audience, at a recent event in the north of the state, according to a tape published by the local news website Arizona’s Family.

When asked about the recorded appeal, the McSally campaign said her fundraising approach was obviously humorous and dismissed suggestions that it was a serious matter. “This is a dumb non-story about a candidate making a joke on the stump,” it said in a statement.

But some people believe that asking donors to sacrifice their meals, at a time when many Arizonians find it difficult to put food on their tables due to the Covid-19 economic slump, was tone deaf at best. It explained well why McSally trailed behind her Democratic opponent, Mark Kelly, both in opinion polls and donations, critics said.

McSally is an unelected legislator holding the US Senate seat won by late John McCain. She was appointed to her current position by the Governor Doug Ducey in January 2019. Earlier in 2018, she campaigned for the other seat from Arizona, but lost to Democrat Kyrsten Sinema in a tight run-off. Before that, she served as a US Congress representative from Arizona’s 2nd district.

The senator is no stranger to looking for money in unexpected places. Earlier this week she introduced a resolution demanding that China pay $1.6 trillion owed to US holders of imperial Chinese bonds. The bonds were issued to fund the modernization of the country during its last period as a monarchy, but were later defaulted-on and were never picked up by the Communist government.