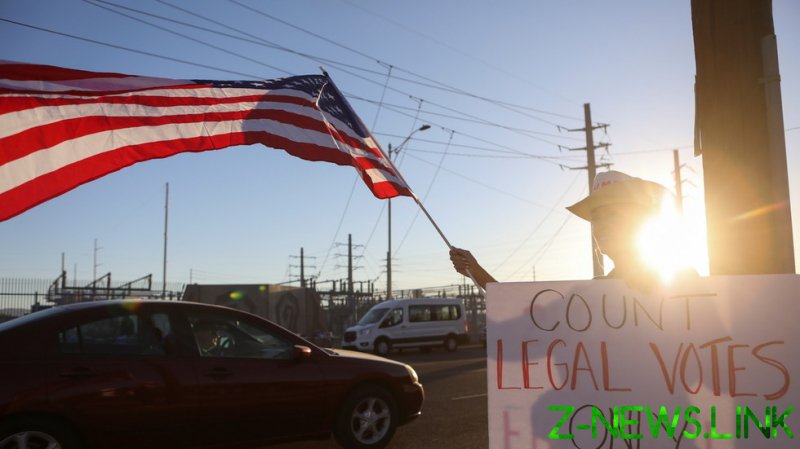 Secretary of State Katie Hobbs officially certified Biden as the winner in the battleground state of Arizona on Monday, with several other state politicians including Governor Doug Ducey attending as witnesses.

The certification kicks off a five-day period during which anyone can contest the results. State Republican Party chairwoman Kelli Ward announced she would be in court Monday with a lawsuit already filed in order to secure documents she hopes to use to challenge Biden’s victory.

Trump is expected to challenge the results both in Arizona and Wisconsin, which also plans to certify Biden’s victory on Monday. Most of his post-Election Day legal challenges have been thrown out, though recently-dismissed Trump legal team member Sidney Powell filed a massive lawsuit of her own last week alleging sweeping voter fraud.

The Trump legal team has already dropped one suit against Arizona that sought to have all ballots cast on Election Day reviewed. While lawyers had initially suspected Trump votes were discarded as “overvotes,” the number of actual overvotes was found to be relatively minimal, and the remaining unreviewed ballots would not have been able to exceed Biden’s margin of victory.

Arizona has been in particular focus since Fox News – normally the most pro-Trump of the major networks – called the state for Biden with fewer precincts reporting than other states and over a million votes left to be counted.