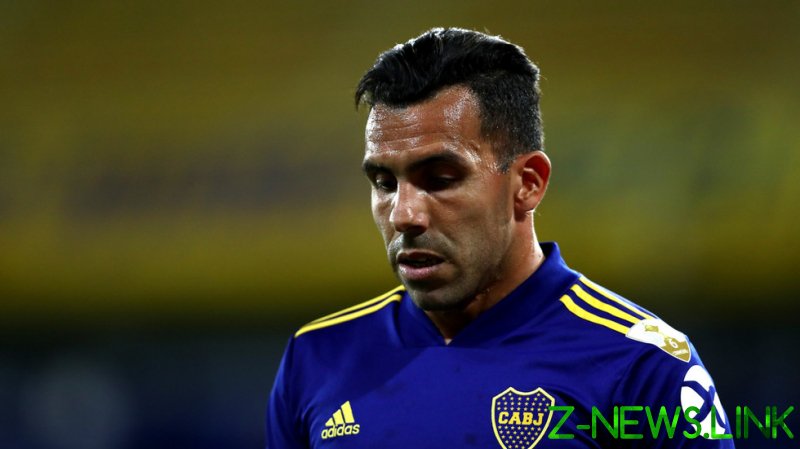 Former Manchester United, Manchester City and Juventus star Carlos Tevez has announced his retirement from football following the death of his father.

The 76-times capped Argentina international made his name in the Premier League, first helping West Ham avoid relegation in 2007 before spending two campaigns at Manchester United where he would win a pair of Premier League winners’ medals before becoming one of the rare players to move from United to rival club Manchester City in 2009, where he would add another Premier League crown to his personal trophy haul.

Tevez, 38, had most recently been playing with his boyhood club Boca Juniors in Argentina’s Primera Division.

Speaking of his decision to step away, Tevez cited the passing of his father in early 2021 as being a key factor in his decision, even as he had several offers on the table to continue playing, most notably several possibilities in the United States’ Major League Soccer (MLS).

“I have retired, it is confirmed,” Tevez said in an interview with Argentinian television late on Friday.

“They offered me many things, including from the United States. But that’s it, I have given everything.

“Playing the last year was very difficult but I was able to see my old man. I stopped playing because I lost my number one fan.”

Tevez’s Premier League career will likely be best remembered by his successful spell at Old Trafford where he formed an impressive partnership with Cristiano Ronaldo and Wayne Rooney at Manchester United.

He scored 34 goals in his 99 appearances under the stewardship of Alex Ferguson, helping the club defeat Chelsea on penalty kicks in Moscow in 2008.

Tevez, though, controversially opted against extending his stay at Old Trafford in favour of a move to their arch-rivals Manchester City where he scored 73 goals in 148 games.

His time with Manchester City was not without controversy. He handed in (and subsequently withdrew) a transfer request in 2010 and was later placed outside of the first-team following a row with then-manager Roberto Mancini who claimed that Tevez refused to come on as a substitute in a Champions League tie against Bayern Munich.

He eventually left the club in 2013 for Juventus before returning to Argentina with Boca Juniors – with his stint there briefly interrupted by a spell in China.

Tevez retires with a galaxy of accolades from his playing career, including numerous league titles in several countries and a host of individual honors.