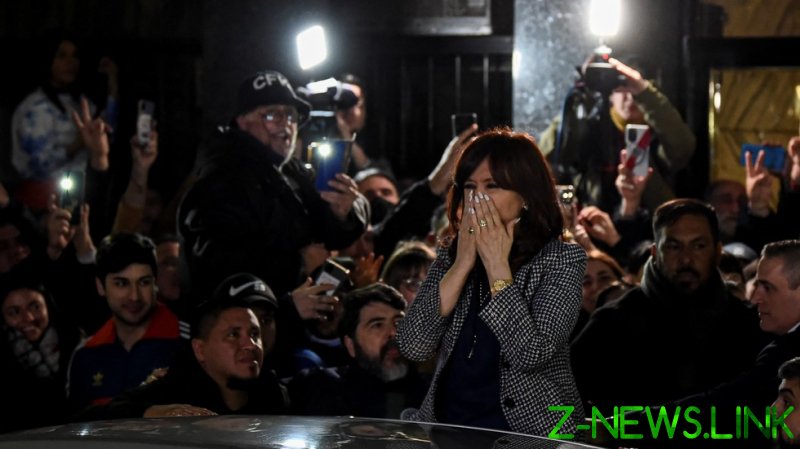 Argentina’s Vice President Cristina Kirchner was threatened by an armed person near her home in Buenos Aires, with a gunman seen pointing a firearm at the VP’s face before she was whisked away to safety. No shots were fired and the official was not injured.

The apparent attempt on Kirchner’s life was caught on film by local news crews on Thursday night as the VP made her way through a bustling crowd near her residence, which gathered to show support amid an ongoing corruption trial.

A hand wielding a pistol is briefly seen in front of Kirchner, who quickly ducks out of the way, though it’s unclear from the footage whether the person tried to pull the trigger.

An individual with a firearm was later arrested in the area, according to local media reports, which claimed the attacker is a 35-year-old Brazilian man. Officials have yet to confirm details about the perpetrator, however.