Argentina football icon Maradona ‘could be dug up, embalmed & displayed like Soviet founding father Lenin to meet his dying wish’ 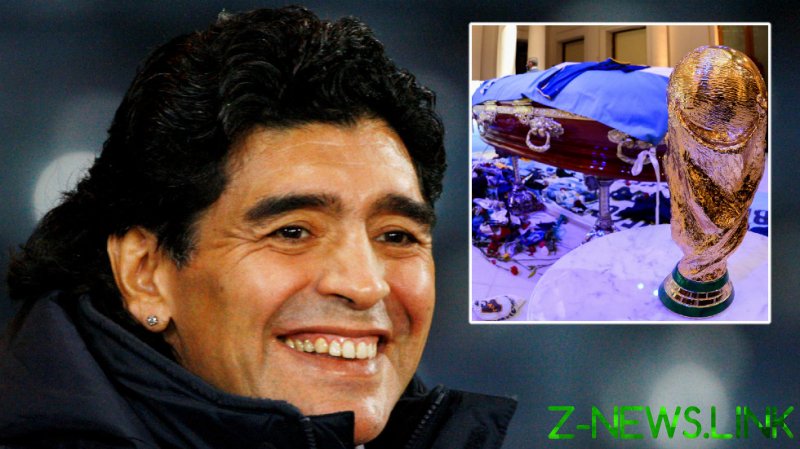 Colorful World Cup winner Maradona, who died from heart failure at the age of 60 last month, is said to have told lawyer Matias Morla that he wanted his body to be put on display after his passing, just as Lenin’s is in Moscow’s Red Square.

The Napoli and Barcelona legend wanted to be displayed alongside some of the spoils of his glittering career, according to an account that described how the lawyer of his last partner, Veronica Ojeda, envisaged his corpse being exhumed from Bella Vista cemetery, near Buenos Aires.

“After a deep analysis, I want to express my wish that after my death my body be embalmed and exhibited in [a] museum,” Maradona wrote in a signed letter on October 13, The Sun has claimed.

“[It would be] surrounded by my maximum trophies, personal objects and beloved memories to continue receiving the affection of the people from that place.’’

Ojeda’s former representative added: “The plan is to create a mausoleum somewhere for fans to visit.

“It was something Maradona had also discussed with his brothers. The proposal we have is serious, concrete and with the expenses covered.

“But ultimately, it would be the responsibility of the football federation.”

Earlier this week, an Argentine court ruled that Maradona’s body should be preserved in case of future paternity cases.