Home / WORLD / ‘Are you undercover?’ WATCH riot cops at Justice for J6 rally detain masked man with a GUN… and a badge

‘Are you undercover?’ WATCH riot cops at Justice for J6 rally detain masked man with a GUN… and a badge 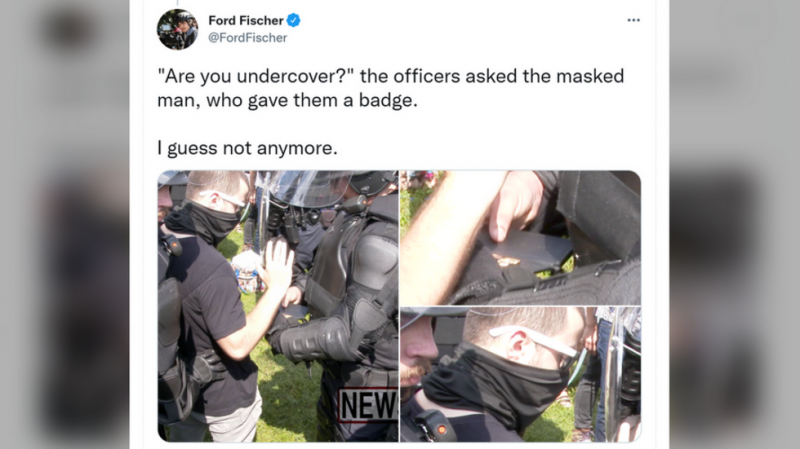 Despite weeks of constant media reports fueling fears of imminent violence, the Saturday protest proceeded peacefully. It attracted only a few hundred activists – and several times as many police and other law enforcement agents. Authorities reported only a handful of minor disturbances, and a total of four arrests, one of which was particularly curious.

In a video captured by independent journalist Ford Fischer, around half a dozen officers in full riot gear surround a man suspected of carrying a concealed handgun.

“Are you undercover?”, police are heard asking the suspect, as they check his pockets only to find what appears to be a badge. “I’m just here,” he responds when asked again whether he was “undercover” or a “part of the event.”

The man was then escorted away, without being handcuffed or disarmed at the scene, Fischer noted, triggering many speculations about whether he was an undercover fed, an off-duty cop, or if the badge was even real at all.

While the Capitol Police acknowledged the incident in a tweet, they never mentioned the badge.

“The man did have a gun,” police said. “At this time, it is not clear why the man was at the demonstration. Officers charged him with 40 U.S. Code § 5104 – Unlawful activities.”