Home / WORLD / ‘Are you kidding me?’ Final presidential debate will NOT feature foreign policy among topics in wake of Hunter Biden scandal

‘Are you kidding me?’ Final presidential debate will NOT feature foreign policy among topics in wake of Hunter Biden scandal 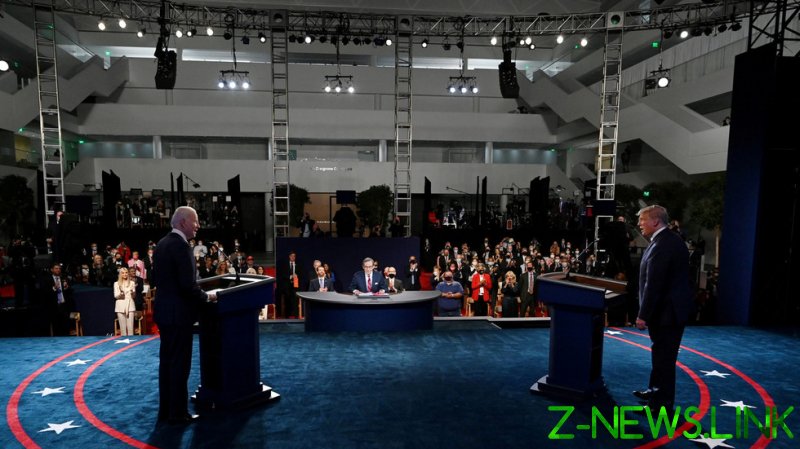 “Good morning to everyone except Presidential Debate Commission members who changed focus of final debate away from foreign policy,” the Trump campaign’s senior adviser Jason Miller tweeted on Monday morning.

Miller theorized the topics were steered away from foreign policy “so Joe Biden wouldn’t have to answer to being compromised by the Chinese Communist Party, supporting endless wars and sending pallets of cash to Iran.”

While the exclusion of foreign policy as a topic in the final debate would already be notable, it’s especially significant in the wake of the New York Post’s explosive story on data from a hard drive allegedly belonging to Joe Biden’s son, Hunter, which includes emails that imply the former vice president was involved in foreign business deals with his son while serving in the White House, something he has denied in the past.

“ARE YOU FRICKEN KIDDING ME???” Donald Trump Jr. tweeted in reaction to news of the final debate’s topics. “Given the corruption we have [seen], it should be the only topic of discussion so we can finally get an answer from Joe Biden!”

Conservatives have taken to social media to express similar outrage.

Joe Biden has not directly responded to accusations against him and his son, waving off one reporter asking about the situation and chalking up the Post story to a “smear campaign.” He has also raised alarms with critics by reportedly calling a lid on press and events until Thursday, leaving no real opportunity to be asked again about the topic.

Miller, however, said to Fox News on Monday morning that viewers can expect the president to bring up the Hunter Biden story on Thursday.

“If the moderator doesn’t bring [Hunter Biden’s e-mails] up, I think you’re safe to assume that the president will,” he said.

The upcoming debate between Trump and Biden has already been shrouded in controversy. Moderator Kristen Welker has been accused of being a reporter biased in favor of Democrats, as she has been a registered Democrat in the past and has clashed with the administration at the White House.

Welker is even on video in 2016 feeding Hillary Clinton’s communications director at least one question ahead of time before a post-debate interview.

The president himself has already slammed the reporter as “terrible” and “unfair.”

Before Welker, reporter Steve Scully was supposed to host the second presidential debate, which was canceled in favor of separate town hall events. Scully faced similar bias accusations and was suspended by C-SPAN after admitting to lying about his Twitter account being hacked. The revelation came after people noticed a questionable exchange with former White House communications director turned Trump critic Anthony Scaramucci.