Home / WORLD / ‘Are you here to apologize?’ Gina Carano convicted of crimes against wokeness on SNL – where she can’t fight back

‘Are you here to apologize?’ Gina Carano convicted of crimes against wokeness on SNL – where she can’t fight back 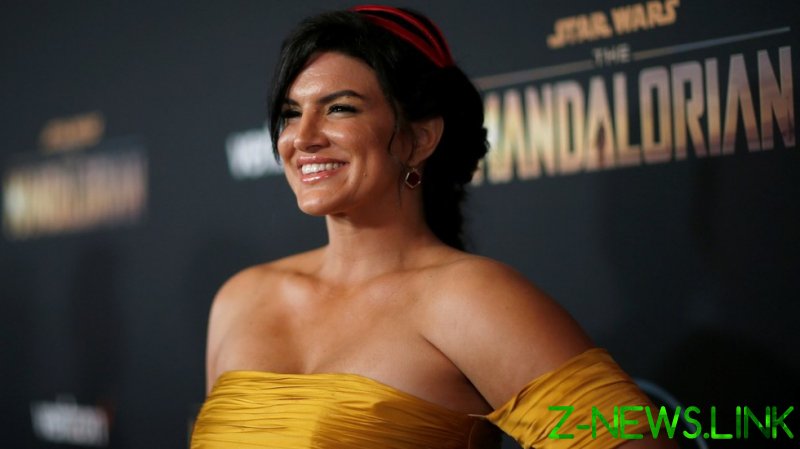 The straw-man version of Carano was featured in a skit in which guests of a fictional talk show were brought on to apologize for wrongdoing. In this case, the alleged sin was one of the politically incorrect social media posts that got Carano fired from her Disney+ series – a warning likening the current demonization of Americans with conservative political views to the way Germany’s Nazi government turned the country’s people against their Jewish neighbors.

The host character, Chloe Fineman playing Britney Spears, begins the interview by asking, “Are you here to apologize?” The belligerent Carano character insists she’s done nothing wrong, and “no one can even explain what I did wrong.”

The host then gives SNL’s spin on Carano’s post, saying, “OK, on Instagram, you said conservatives have it as bad as people living in Nazi Germany.” The fictional Carano, apparently stumped, replies, “OK, congrats – you explained it. Look, I never would have made that Nazi comparison if I had known everyone was going to be such a Nazi about it.”

The real-life Carano, a former MMA fighter, wasn’t as much of a pushover. The day after her February 11 firing by Lucasfilm, the production company behind ‘The Mandalorian’, she signed a contract with the Daily Wire to produce and star in her own feature-length movie. She said the deal should send a message against cancel culture.

“I am sending out a direct message of hope to everyone living in fear of cancellation by the totalitarian mob,” Carano said. “I have only just begun using my voice, which is now freer than ever before, and I hope it inspires others to do the same. They can’t cancel us all if we don’t let them.”

SNL also took a shot at Carano during its February 13 episode, noting that she had shared “controversial, anti-Semitic posts on social media.” The latest skit apparently did little to convince some viewers that there was anything anti-Jewish about Carano’s commentary.

Freelance artist Dwain Morris noted that the woke crowd can’t seem to stop talking about Carano. “Satire with a fake Gina Carano would be the closest way you will bend the knee to cancel culture,” he said.

A self-described pop culture fan was among many observers who argued that the Carano skit only reminded them of how SNL stopped being funny long ago: “The truth of the matter is, SNL needs to ride the coattails of Gina Carano to even be relevant or to even get noticed. SNL hasn’t been funny since Eddie Murphy.”

Another pop culture pundit argued that mainstream media outlets are being hypocritical, ignoring comments – even those made by SNL’s cast –  that could legitimately be deemed anti-Semitic while attacking Carano. For instance, SNL’s Michael Che quipped on Saturday’s episode that “Israel is reporting that they’ve vaccinated half of their population, and I’m going to guess it’s the Jewish half.”

And, more ironically still, other examples have been posted online by those on Lucasfilm’s payroll. Pedro Pascal, who stars as the titular lead in ‘The Mandalorian’, posted an Instagram message in November comparing Trump supporters to the Nazis. He had previously likened a photo of Holocaust victims in a Nazi death camp to an image purporting to show migrant children being held behind bars in the US captioned “America 2018.”