Home / WORLD / ‘Are you bonkers or just cruel?’ South Dakota Gov. Noem & PETA exchange blows on Twitter over video of her shooting birds

‘Are you bonkers or just cruel?’ South Dakota Gov. Noem & PETA exchange blows on Twitter over video of her shooting birds 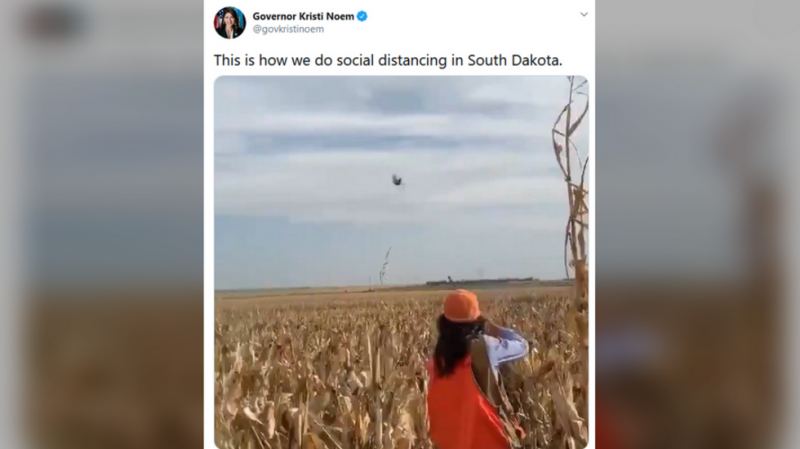 People for the Ethical Treatment of Animals (PETA) has pulled no punches, taking a swipe at Noem, South Dakota’s Republican governor, after she posted a video showcasing her sharp-shooting skills.

“This is how we do social distancing in our state,” Noem says in the video before turning around and killing a bird in a volley of shots.

“Less Covid, more hunting, that’s the plan for the future,” she says before the video is cut.

Several hours after the post went up, PETA came out swinging at Noem, asking if she is “bonkers or just cruel,” while suggesting that the Republican governor would only scare off potential tourists with her stunt.

Noem has been among the most outspoken allies to US President Donald Trump, particularly when it comes to his coronavirus response, and has argued that her state’s economy emerged from the health crisis relatively unscathed due to her decision to avoid sweeping business shutdowns, as were imposed elsewhere in the country.