Home / WORLD / ‘Are we the baddies?’ Brits not amused as Ireland & France join EU states in locking out travel from UK over mutant Covid strain

‘Are we the baddies?’ Brits not amused as Ireland & France join EU states in locking out travel from UK over mutant Covid strain 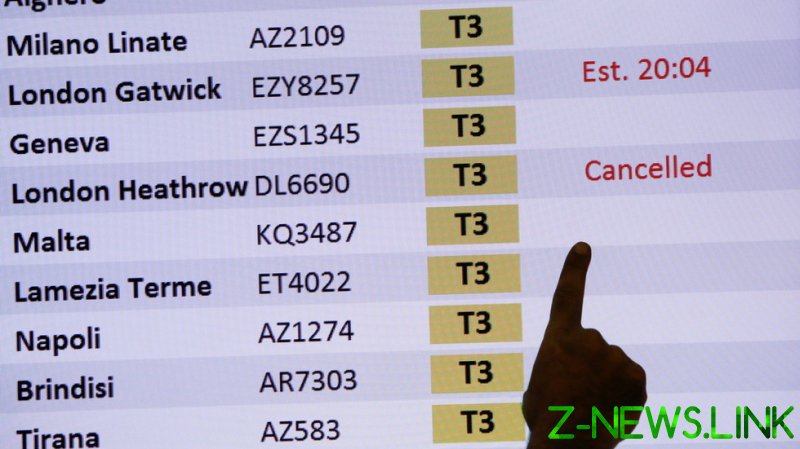 The Irish government says the measures, banning private travel between the UK and Ireland, will take effect on Sunday night and initially stay in place for at least two days. Cargo planes and freight vessels, as well as some essential supply-chain workers, will still be allowed to cross the border.

“General travel between here and Britain is going to be restricted, and we will review it on Tuesday morning,” Transport Minister Eamon Ryan told Virgin Media News.

Mere minutes after the Irish announcement, French PM Jean Castex tweeted that Paris is also imposing a similar 48-hour restriction on travel from the UK, but “for all means of transport.”

Citing the “new health risk,” Castex added that all French nationals arriving from the UK may be required to take a PCR test after the initial “precautionary period.”

For those in Britain, Londoners and residents of Southeast England in particular, it doesn’t look like the tightening of coronavirus rules is going away in a few days, however. UK Prime Minister Boris Johnson ramped up the restrictions on Saturday, including to near-lockdown ‘Tier 4’ level in the said regions. This means in effect that Christmas has been cancelled for millions of Brits, in spite of the looser plan announced earlier, while other parts of the UK have had any potential gatherings severely restricted.

Many weren’t happy at the prospect and, while crowds took to railway stations and roads to try and escape Tier-4 areas in time for the Sunday travel ban, Brits on social media vented at Johnson for the seemingly abrupt change of heart. Sunday’s numerous movement bans on UK travellers in Europe have only added insult to injury.

“Time to (re-)acquaint ourselves with the phrase ‘sick man of Europe’,” one unhappy Mancunian wrote.

“Love to see Ireland cancelling flights from the UK so I’m stuck here again, thanks Boris you halfwit moron,” another frustrated commenter wrote.

“This is what happens when you don’t think through your excuse for making the mother of all U Turns,” a Yorkshire man tweeted in an apparent jab at Johnson’s move.

One Arsenal fan even reimagined the classic Mitchell and Webb sketch, suggesting Johnson himself may now be wondering, “Are we the baddies?”

“The whole of EUROPE is going to ban us to teach us the biggest lesson ever!” tweeted yet another critic.

In contrast, few in the UK have been cheering on the restrictions, although the measures have been justified by the “rapidly spreading” new strain of coronavirus detected in England. On Saturday, Johnson said there has not been any evidence the mutation is more dangerous for health or that it would not be susceptible to the available vaccines. However, just as the EU countries said they needed days to assess the potential new dangers, the significance of the newly-emerging strain is yet to be studied and described.