Home / WORLD / ‘Are they going to bomb Vermont?’ Israel gets skewered after claiming Ben & Jerry’s ice-cream boycott is ‘new form of terrorism’

‘Are they going to bomb Vermont?’ Israel gets skewered after claiming Ben & Jerry’s ice-cream boycott is ‘new form of terrorism’ 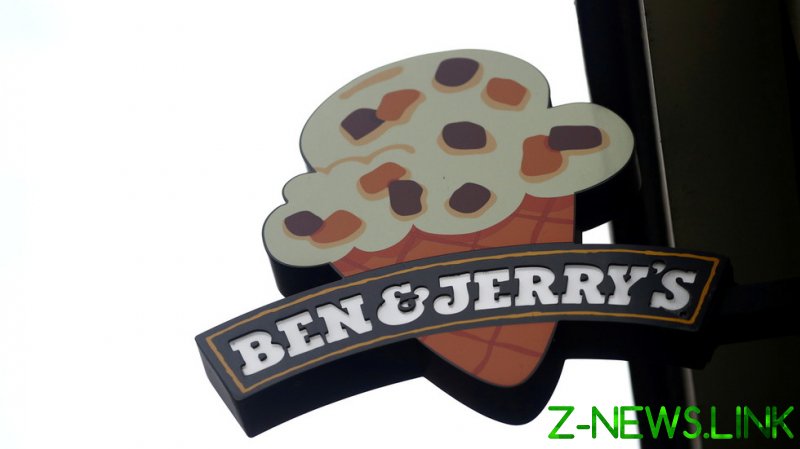 The Vermont-based ice cream brand, which has developed a reputation over the years as a champion of progressive causes, announced earlier this week that it would be “inconsistent” with its values to sell its ice cream in Gaza and the West Bank. The boycott was prompted by “concerns shared with us by our fans and trusted partners,” the left-leaning ice cream maker explained.

The decision sparked both applause and condemnation but, on Wednesday, Israel’s President Isaac Herzog issued a uniquely extreme analysis of the move.

“The boycott of Israel is a new sort of terrorism, economic terrorism,” Herzog said, as quoted by Haaretz. “Terrorism tries to harm the citizens of Israel and the economy of Israel. We must oppose this boycott and terrorism in any form.”

But his geopolitical assessment of the ice cream blockade received poor reviews on social media, with many comments openly mocking the president’s remarks.

“Terrorism is when I can’t buy Ben and Jerries to eat while I bulldoze Palestinian homes,” quipped one Twitter user.

Another observer joked that Israel might be planning on carrying out missile strikes against Ben & Jerry’s Vermont hometown.

Others fired up photoshop to show their disdain for Herzog’s claim.

Those who took a more serious approach to the Israeli leader’s comments argued that comparing the boycott to any form of terrorism showed “bad faith” on the part of Tel Aviv.

The pile-on wasn’t unanimous, however. One reply accused media outlets of twisting Herzog’s words by not stressing that he specifically pointed to Ben & Jerry’s alleged “economic” terrorism.

Israel’s president isn’t alone in using such strong language to push back against the ice cream company. Earlier this week, Prime Minister Naftali Bennett claimed that Ben & Jerry’s had rebranded as an “antisemitic ice cream.”

Ben & Jerry’s, which is owned by consumer goods giant Unilever, explained that it would remain in Israel, and would only stop sales in areas considered occupied by that country.