Home / WORLD / Are the politically left-behind flocking to the Republicans? A new survey suggests that might be the case

Are the politically left-behind flocking to the Republicans? A new survey suggests that might be the case 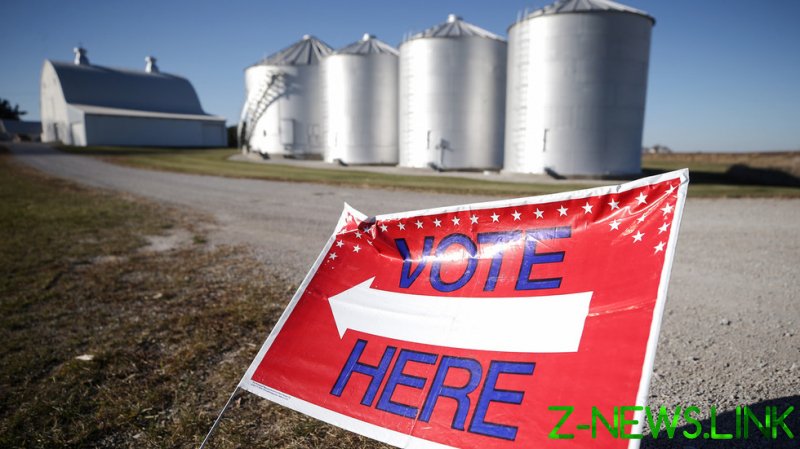 A Pew Research survey released earlier this week revealed that Republican views concerning the effects of banks and large corporations on the US dimmed noticeably in the last two years, bringing them close to, if not indistinguishable, from Democrats’ own views.

As of July 2021, exactly half of Republicans or Republican-leaning individuals said banks had a “positive effect on the way things are going in the country.” This was a significant decline from August 2019, when 63% of Republicans, high on the Trump Bump, thought that way. And large corporations saw an even steeper decline in favorability, with only 30% reporting this past July that financial institutions had a positive effect on the nation’s fate – cutting August 2019’s rate of 54% nearly in half.

The only question one might ask is how technology companies – broken out as a separate category – managed to convince 38% of Republicans that their efforts were good for America, given the beating tech firms have delivered to so many GOP clients’ efforts to express themselves online.

Under former president Trump, the much-hyped claim that the GOP had become the home of American populism did partially come true – although Republicans have continued to express disdain for labor unions, with only 34% believing they were good for the country, a drop of ten points. Yet some industries, including tech, are seeing the birth pangs of unionizing efforts, if not along party lines; Amazon nearly launched its first workers’ union earlier this year, much to the company’s horror, and is almost guaranteed to try again.

Of course, Trump and his cabinet remained every bit creatures of the financial institutions, even opening wide the back door to institutional investor BlackRock when it came time to step up the money-printing at the Federal Reserve for the Covid-19 bailout.

At the same time, rank-and-file Republican voters grew more aware, largely thanks to social media, that those same banks were the ones feasting on their retirement savings, then playing hide-the-salami when they showed up to demand an early withdrawal from those savings.

And Big Corporate didn’t even have the time of day for millions of laid-off workers struggling to stay afloat after getting laid off during the Covid-19 crisis. Republican officials might be working hand in hand with Big Business, but ordinary voters are unlikely to make the mistake of throwing in their lot with them any time soon.

On the other hand, when the Democrats took power under the Biden administration, the party was quick to convince – with the emphasis on the “con” – its voters that all the institutions screwing the Republicans were expending the same kind of energy working for the Democrats. It’s not clear who might fall for this, but somehow the Democrats’ healthily dismal 37% approval rating of banks in August 2019 had crept up to 48% by July. Large corporations – approval rating 23% in August 2019 – had inched up to 28%.

Certainly, some Democrats are benefiting from the raping and pillaging going on at the hands of Blackstone, BlackRock, Vanguard, State Street and the other private equity vultures tearing the carcass of the American economy to shreds. So are wealthier Republicans. But the likelihood that the average voter is going to get tossed a choice morsel by some hedge fund vulture momentarily stricken by noblesse oblige, and subsequently decide that bankers are the good guys after all, is rapidly approaching zero. A single moment rarely outweighs a life under the boot heel of a deliberately exploitative industry.

A more pressing question would be for Democrats to ask themselves how this happened: how the Republicans could even think of challenging them as the ‘working man’s party.’

As recently as 2012, President Barack Obama was running for reelection as the ‘people’s candidate’ against Mitt Romney, a lifetime private equity partner; Occupy Wall Street had only sunk into the swamp the previous year, and talk of economic justice was still very much in the air.

But while Romney served his purpose as an unsympathetic lightning rod for the rage of the Democrats, giving them something to focus on besides their disappointment over Obama’s failure to deliver on any of his promises, Republicans were also getting foreclosed upon, and they saw nothing to like in this two-dimensional monopoly Mitt. Thus began the inexorable downward slide of Wall Street’s popularity on the Right, as Republicans gradually realized they weren’t the only ones incapable of pulling themselves up by their bootstraps.

So, in 2016, when they were faced with more of the same (Jeb!) warmongering, more debt, more austerity (that for once they’d be on the receiving end of), they went with the devil they didn’t know. Trump allowed Republican voters to embrace their political ID and let it all burn, and they soon realized they had less in common with the leaders of their party than with the ordinary voters across the aisle.

Of course, Trump didn’t ‘let it all burn’ – he turned out to be as much a creature of corporate crony capitalism as any of them – but that only further disillusioned Republican voters with Big Business and the banksters. They still believe in the redeeming power of large corporations, for now – capitalism remains a religion for most on the American right. But in practice, it’s not working out so well.

If the leaders of the Republican Party are smart, they’ll seize on the surge in populist energy among their voters, rather than try to bury Trump and his acolytes in the deepest hole they can find and pretend 2016 never happened. The temptation may be enormous, given the psychotic pearl-clutching over January 6 emanating from the Democrats, but ordinary voters don’t particularly care about that. Embrace this new energy or watch these excited souls join the Democrats – only to leave politics, disillusioned, after the next election hands them a milquetoast candidate dripping with spineless promises. Meanwhile, the rage against the corporate-financial machine is only growing, and those who stand in its way will be chewed up and spat out.