Home / WORLD / Are incels a violent terrorist subculture, or a collection of disenfranchised, misguided souls who need compassion and treatment?

Are incels a violent terrorist subculture, or a collection of disenfranchised, misguided souls who need compassion and treatment? 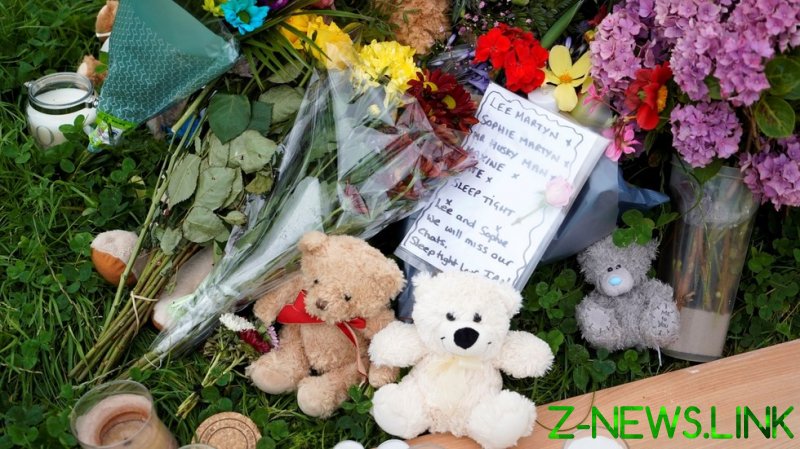 A three-year old girl, her father, two passers-by, and the gunman’s mother were murdered in cold blood in Plymouth, southwest England last week. Mainstream reports attributed the blame to Jake Davison identifying as an incel, a term short for involuntary celibate.

According to them, the subculture is creating dangerous killers.

As proof of how that narrative is being consumed by the public, an online petition was created to have incels formally recognised as a terrorist group in the UK. The direct link with terrorism was repeated by platforms such as Sky News and The Guardian, which wrote that previous shootings should have “brought misogynist terrorism into the awareness of law enforcement around the world.”

It’s true there have been several high profile incidents, most notably when Eliot Rodger killed six people in a stabbing spree in California, back in 2014 and when Alek Minassian took 10 lives by driving into pedestrians in Toronto in 2018.

But the reality is, incel culture is vastly misunderstood.

RT.com spoke to academic and incel researcher Kyle Stewart, who has studied the movement as the focus of a masters degree in Homeland Security. He said: “We should feel sorry for them, they seriously need help.”

The term incel was created by a woman named Alana who started a love-shy forum in 1997, to detail her relationship troubles. In interviews, she admits to regretting coining the term that has taken on a life of its own.

The first basic misconception is that incels are solely seeking sex, despite their name. Stewart, who’s based in Texas, explained: “It boils down to companionship, the feel of being hugged, being given love, they are missing that segment of relationship skills.There are some incels out in the world who have jobs and successful careers but can’t seem to get a relationship.”

The reason why this is commonly linked back to sex by the mainstream media is a manifestation of the incels inability to adapt to normal life, particularly as teenagers and young adults. Whilst it’s viewed mostly in a light-hearted fashion, there is a common perception that teenage boys should be chasing girls, and the inability to ‘get’ a girl is emasculating.

Stewart added: “Hollywood puts out these teenage movies, the ones where you’ve got to have sex by the age of 16, think of Superbad, those boys trying to get laid before they graduate high school. That’s what incels think life is and how it works in the real world.”

This pressure and expectation to lose one’s virginity causes the first cracks to appear. The fundamental stage that sections of society fail to grasp though is the power of the internet. Those who are over-40 did not grow up in an online world and for the younger generation who don’t succumb in the same way, it’s difficult to appreciate what incels undergo.

There is an entire global community based on Reddit, a social media and discussion website where incels complain of being ‘black-pilled’.

It’s a term they use to describe how most of the media, medical journals, governments and articles reaffirm their way of thinking.

Stewart said: “They have a sense of stress and social anxiety, they feel they are being attacked and laughed at by people, they assume that’s happening. If two girls are looking at their phones in a coffee shop and are laughing, one of these guys would think the girls are laughing at them. They misconstrue something that is totally benign and blow it out of proportion. They are incredibly self-conscious.They also feel that psychology in the current fashion is controlled by feminists and the left, so therefore it is against men entirely. Their online forums are echo chambers.”

As they develop more anxiety and paranoia, they retreat online, compounding their fears and pushing them to seek solace in ever darker corners of the internet. It’s a pressure cooker waiting to explode.

A key part of being an incel is self-loathing, which connects to their scale of looks, which goes from 1-10. At the top are males called ‘Chads’, who are tall, good looking and popular. Stewart feels a good example of that is male model Mark Vanderloo. By contrast, being short, wearing glasses and not being stereotypically good-looking results in lower marks.

Stewart said: “One is an ultimate incel, isolated and views that he is ugly, thinks he is sub-human and feels he cannot continue anymore.They have this LMS term, which is Looks, Money, Status and they think you need all three to find a relationship.”

This continues online, as the incels start to consume more content that reaffirms their beliefs. In essence, they become brainwashed and unable to view reality as the rest of society does.

Some of these guys can’t deal with the stress anymore and I think that’s what happened with Jake Davison in Plymouth. It sounded like he was under tons of stress. With this pandemic, male suicides have gone straight up, here in the US it’s gotten bad as people have lost their jobs. Many people are now going to lose their homes as the eviction moratorium is about to end, so the stress will get worse.”

A common theme is that incels tend to live with their parents into adulthood, often in a broken home and receive social security benefits. Both are true in the case of Davison. But it’s not these similarities that are jumped on by the mainstream media and law enforcement, it’s the incel link.

Part of that is fed by another online subculture, which is against incels. The best known is the subreddit IncelTear. Users there target and call out incels, often with baseless accusations.

Stewart recalls an incel meet-up in 2019: “The first post that popped up on IncelTear was ‘look at all these incels, these bastards are probably thinking about raping women’. But these guys were happy, reading books, showing Pokemon cards and doing their hobbies. It was all calm and peaceful but it was blown up out of proportion as if they were stereotypical paedophiles.”

As a result, incel websites end up moving servers and end up further underground, out of the gaze of parents, family and the authorities. The irony is that incel is a name that’s becoming increasingly famous but exists already in another form.

The Japanese documented this decades ago with Hikikomori, meaning social isolation. They noticed a sizeable amount of young people struggling with the pressure of expectation. Whether it was to be a success professionally or have a family, they couldn’t cope and became hermits. So they withdrew and their issues became bigger. Stewart added: “We have the same thing here in the US, we call them incels. It’s a complete circle of destruction.”

It appears Britain’s police and security services are set to now crack down on incels. That would follow what happened in the US, after the mass shootings. Some incels regard Stephen Paddock, the gunman who carried out the Las Vegas Mandalay Bay attack in 2017, as a hero. That kind of worship is because they feel ignored and sadly viewed Paddock as making a stand (though Paddock himself was not part of the movement). It’s clearly wrong and violence is never to be encouraged, but they are suffering extreme paranoia.

Stewart explained: “Another issue is the parents are out of touch with their kids and can’t connect. On their forums they talk about things like a mom saying they are worthless as they don’t do anything or have a job. Some parents don’t help and just say it’s hormones, and that they should talk to girls. And there’s the media frenzy, in some of these shootings you see ‘incel’ being picked up within an hour of the shooting, even before the evidence from law enforcement comes out, they tell their audiences that there is an incel problem.”

For example, the teenager Kyle Rittenhouse who shot dead two protesters during a BLM rally in Kenohsa last year was linked to being an incel, but had a girlfriend.

Stewart feels censorship will cause more incels to radicalise.

He said: “Some countries Canada, UK, Australia and New Zealand have started clamping down on free speech, they are arresting people for making jokes on Facebook. After the Christchurch shooting, New Zealand set up a law saying if you own the live stream video on your computer, you will be charged with a felony, they charged two people for sharing it online. Many incels feel the government is spying on them. They are afraid of the free speech laws, so they’re going more underground and untraceable.”

There is no simple remedy to the issue. But using the full force of the law to scare incels seems like it may only do more damage than good. Violence and murder cannot be excused, neither can misogyny, but this behaviour doesn’t occur in a vacuum.These young men are disenfranchised and feel there is no one to turn to.

Proving just how fragile and naive they are, Stewart revealed: “To incels being called a virgin is the ultimate insult, that reinforces the fact they won’t have love or have a girlfriend. They want to have a life and a family.If someone says they self-identify as an incel, the problem is now you get so much scrutiny. You’re called a paedophile, terrorist, criminal, sex offender, so they won’t ask anyone for help.”