‘Are France and Corsica different states too?’ UK Foreign Secretary Raab unloads on EU for ‘offensive’ view of Northern Ireland 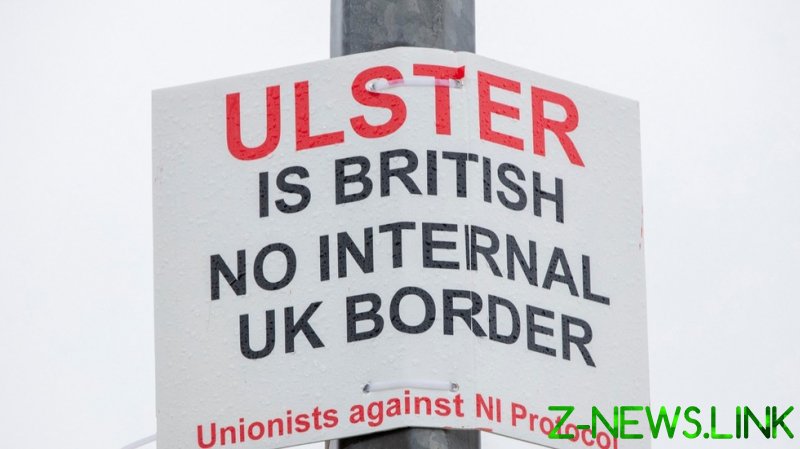 The UK media cited government sources saying that Prime Minister Boris Johnson had a bitter exchange with French President Emmanuel Macron over the flow of goods between Northern Ireland and the rest of the UK.

As they met at the G7 summit in Carbis Bay in Cornwall, Johnson supposedly asked Macron how he would feel if French courts stopped him from moving sausages from Toulouse to Paris. Macron was said to have replied that it was a bad comparison because Paris and Toulouse are both part of France – to which Johnson said that Northern Ireland is part of the UK as well.

When asked if the description of the dialogue in the media was true, Raab told Sky News’ Trevor Phillips that he would not “spill the beans” on the matter. At the same time, he said that “no one should be surprised by these reports.”

“We have serially seen senior EU figures talk about Northern Ireland as if it were somehow a different country from the UK,” Raab said, calling such an attitude “offensive” and damaging to the communities in Northern Ireland.

Could you imagine if we talked about Catalonia, the Flemish part of Belgium, one of the Lander in Germany, northern Italy, Corsica in France as different countries?

Raab called for “a bit of respect” toward the precarious situation in Northern Ireland since its residents are suffering from uncertainty after Brexit.

The foreign secretary made the same point in an interview with BBC’s Andrew Marr, saying it was “offensive” to try to characterize Northern Ireland as a separate country.

A French diplomatic source told The Guardian that Macron was simply suggesting that Northern Ireland is separated from the rest of the UK by sea.

London agreed that Northern Ireland will observe EU rules on agricultural products in order to avoid the creation of a physical land border between the region and the Republic of Ireland, which could have potentially reignited anti-British strife in the UK-ruled territory.

As the EU prohibits the importation of sausages and other chilled meat from outside of the bloc for health reasons, Brussels can disrupt the flow of goods between the UK and Northern Ireland when the grace period ends on June 30.

European Commission Vice-President Maros Sefcovic warned earlier that the European bloc is ready to impose tariffs and quotas on UK goods, and “suspend cooperation in certain sectors,” if London continues to violate the Northern Ireland Protocol, part of the Brexit deal.

Brussels is particularly angry that the UK has not been fully implementing the required checks on goods coming into Northern Ireland across the Irish Sea.

“One in five of all the EU checks and controls to protect its border… takes place in Northern Ireland. That cannot be right,” he said, calling for a “more proportionate, flexible approach.”