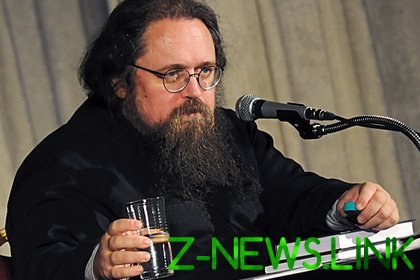 Archdeacon Andrei Kuraev said that his prohibition in Ministry — not the most tragic event of this day, as today, April 29, died father George Breev. So he reacted to the decision of Patriarch Kirill, reports “Interfax”

Kurayev said that Breev is a “wonderful father” and the priest, who gave him a recommendation for admission to the Moscow Seminary. “This is a much more significant event. I’m very worried and think only about that,” he said.

On April 29 the Patriarch Cyril banned from serving Protodeacon Andrei Kuraev. The reason was a public insult to the memory of Archpriest Alexander Yelokhovo Cathedral Agejkina, who died 21 April in the 49th year of his life — he was diagnosed with coronavirus, according to “Interfax”, on the night of April 21 he fell into a coma. Later it became known that Again opposed the closure of churches, he claimed that the decision to close the churches “abolishes the action of God” and speaks on distrust of God.

In the decree of the Patriarch said that public humiliation was considered immoral and cynical action caused indignation not only of the clergy but also the laity. The reason for the ban in the Ministry of steel and also other complaints that came to the Patriarch, their content is not specified. Before the decision of the diocesan ecclesiastical court Kuraev forbidden to speak in churches on behalf of the ROC.

In an interview with “Moskovsky Komsomolets” Kuraev, in particular, spoke about the attitude of the coronavirus and about measures to limit infection in the ROC. He said that “it was necessary to immediately shut down, turn your head, take responsibility for not only your life, but pilgrims”. Speaking about the infection Agejkina, he said, that priests often become infected from each other, as etiquette suggests “mutual kissing of hands, plus the “kiss of peace” at Easter”.