Archaeologists stumbled upon the ruins of the ancient Byzantine city 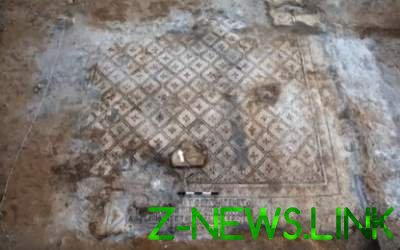 The ruins of the city of Ashdod-Yam.

In Israel, on the Mediterranean sea, archaeologists have discovered the remains of a Georgian Church, built in the VI century. Scientists believe that the discovery of about 1500 years.

Archaeologists found during excavations of the ruins of the city of Ashdod-Yam, which reached its peak in the Byzantine era.

Unearthing major city of Ashdod-Yam, which reached its peak in the Byzantine era, the scientists stumbled upon the mosaic floor with the inscription is a dedication. The use of the ancient Georgian calendar system allowed them to date the building and determine who it belonged to. This allowed experts to date the construction and to determine its identity. The temple was built in 539 ad. Scientists emphasize that this is the earliest of all cases of use of the Georgian calendar in Israel. Scientists say that near Jerusalem such buildings are not surprising professionals, however, on the Mediterranean coast, such structures have not been found ever. With all this on the seafront of those unique finds, until recently, was not.

According to archaeologists found a mosaic decorated floor of the Church followers of the Georgian Prince Peter of Iberia, Bishop of the city of Maiuma (about Gaza) and the founder of the first Georgian monastery in Bethlehem, who died in 491 at the age of 80 years in Yavne.

“At the moment, looks like we found the real evidence of the impact that he had on this Byzantine city,” writes the Israel antiquities authority.

Iver was also a Bishop and so he started the 1st Georgian monastery in Bethlehem.

Archaeologists also believe it is symbolic that the remains of a Church or monastery found near the city of Ashdod, where, according to them, today lives the world’s largest community of Jewish immigrants from relevant to our time in Georgia.