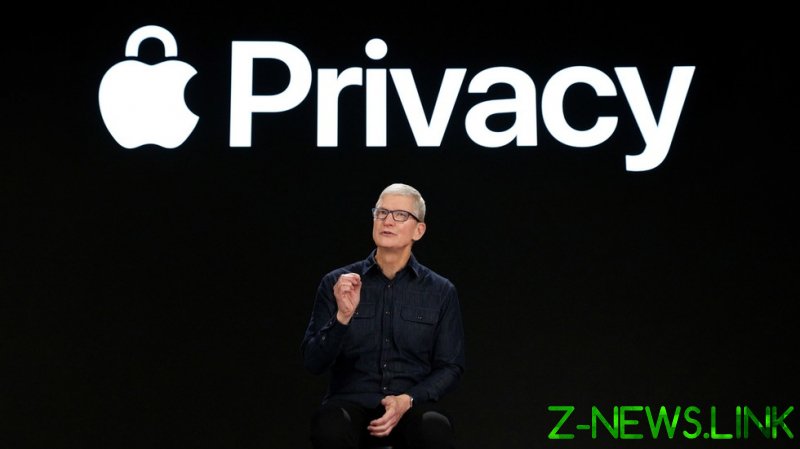 The US-based tech giant, which currently requires apps to be downloaded to devices through its proprietary App Store, would be forced to allow “sideloading” – permitting users to download apps themselves without going through the Apple-controlled central marketplace – under the proposed Digital Markets Act (DMA) awaiting passage in the European Union.

Cook argued the effect of the European law on iPhone users was being underestimated. Side-loading “would be an alternate way of getting apps onto the iPhone, as we look at that, that would destroy the security of the iPhone,” he told the audience at the French technology conference Viva Tech on Wednesday. Having to go through the App Store, “ensures high-quality apps and keeps malware off users’ phones,” Cook said.

It might appear at first glance that side-loading,  which doesn’t require the user to enter their Apple ID or otherwise identify themselves, would seem better suited to protecting privacy or at least anonymity, but Cook argued instead that allowing the workaround would irrevocably damage users’ privacy. Apple has repeatedly explained that its privacy-protecting systems take great pains to delegate all network tasks to the phones themselves, keeping data local rather than having the phones communicate with nearby cell towers – or the company itself – wherever possible.

While Cook insisted he was concerned primarily with the “best interest” of Apple users,  the company takes a healthy 30% cut of every App Store purchase. Additionally, forcing all app-downloading traffic to go through the App Store ensures no ‘unauthorized’ apps make it onto iPhones, an issue that has come up repeatedly in recent months with smaller social media platforms like Parler and Telegram. While neither app had violated US law, they were portrayed as a threat by media outlets like CNN and politicians challenged by the uncensored marketplaces of ideas.

App developers have clashed with the tech titans over supposedly anti-competitive practices, arguing that they have no recourse if Apple blocks them from the App Store. Such a setup amounts to a monopoly, according to Epic Games, which makes the wildly popular gaming title Fortnite.

Epic is currently suing Apple for the right to bypass the 30% transaction fee; if successful, they’ll also win the right to install their own app store on iPhones and likely pave the way for other app developers who’ve found themselves shut out of the App Store for one reason or another.

The DMA would force large tech corporations to allow competition or face steep penalties. Rule violators could be fined up to 10% of their total global profit, a whopping $26 billion in Apple’s case.

However, while Apple and Google have pushed back against the legislation, other companies like Facebook and Spotify appear to welcome it. Spotify has sued Apple over its “unfair advantage” over rivals, while Facebook has complained that Apple’s anti-tracking tool, protecting users from being tracked from app to app by hungry advertisers, was unfair and would hurt both developers and consumers.

Meanwhile, Cook has complained that the iPhone’s market share in France is only 23 percent, pointing to the fate of Google’s Android phones – which are targeted by more malware – as the result of opening up the system to sideloading.