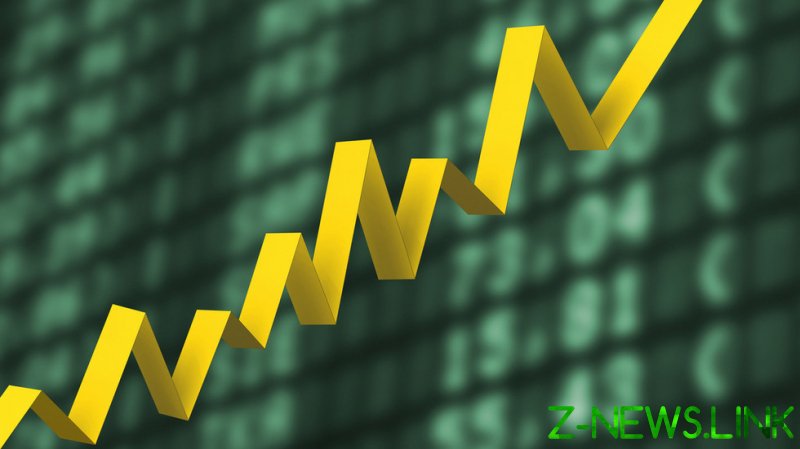 The new year started with a fresh highwater mark for Apple, which became the first company to hit a market value of $3 trillion as investors poured new money into stocks on the first day of regular trading.

Apple’s shares traded as high as $182.88 on Monday, up 3% from Friday’s close in New York, pushing the company’s market capitalization to more than $3 trillion. The stock dipped to a closing price of $182.01, leaving California-based Apple’s value at $2.986 trillion, just below its intraday milestone.

After taking 44 years to build a company with $2 trillion in market value, Apple reached the $3 trillion mark less than 17 months later. In fact, its market cap has tripled since August 2018.

Apple had shared the $2 trillion club with US software giant Microsoft and Saudi Arabia’s state-controlled oil company, Saudi Aramco. Two other US tech companies are close behind. Google’s parent company, Alphabet, is nearing $2 trillion, while Amazon is valued by investors at more than $1.7 trillion.

Tesla, the EV maker headed by Elon Musk, led the market rally on Monday, with its shares rising nearly 14%. The surge added about $140 billion to Tesla’s market value, pushing it over $1.2 trillion less than three months after the company joined the $1 trillion club.

Apple is being helped by strong demand for its iPhone 13, with sales estimated at more than 40 million units during the holiday shopping season, Wedbush Securities analyst Daniel Ives said. And while investors are bullish on the company’s ability to roll out popular hardware, he said Apple’s services business is worth around $1.5 trillion.

“Being the first company to join the $3 trillion club is a flex-the-muscles moment for [chief executive Tim] Cook & Co.,” Ives added.