Home / WORLD / Apple removes dating app for the unvaccinated Unjected for trying to ‘cheat the system,’ as its creators cry ‘CENSORSHIP!’

Apple removes dating app for the unvaccinated Unjected for trying to ‘cheat the system,’ as its creators cry ‘CENSORSHIP!’ 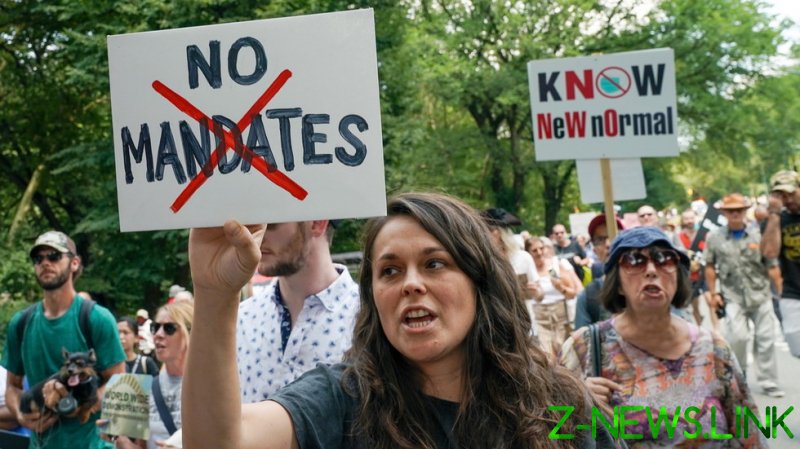 Unjected describes itself as a “platform for like-minded humans that support medical autonomy.” The dating app has been pitched as a ‘safe space’ of sorts for unvaccinated Americans looking to date without the pressure of being or not being inoculated against Covid-19. Critics, however, have viewed the app as a growing social-media platform for anti-vaxxers and a hotspot of Covid misinformation.

After the app was removed from Apple on Saturday, the company blasted the move as “censorship.”

“Apparently, we’re considered ‘too much’ for sharing our medical autonomy and freedom of choice,” the company said in a Saturday statement posted to Instagram.

The app remains on the Google Play store, but they acknowledge that the move by Apple may mean a website may be Unjected’s best option moving forward so that they are not reliant on app stores.

Other dating apps such as Tinder and Bumble have introduced features to encourage vaccinations, making Unjected stand out even more after launching in May.

But the boiling point for the platforms was reached after Unjected added a social feature that allowed more general postings. It was flagged by Google after Unjected’s moderators were accused of not doing enough to police misinformation on Covid-19 and the vaccines available.

In response to Google’s concerns, the social feed was removed, though co-founder Shelby Thompson wants to soon reintroduce it and the flagged posts.

“We’ve had to walk a censorship tightrope,” she said, according to Bloomberg News, which first reported Apple removed Unjected on Saturday after being contacted by a reporter about the app.

The app also includes lists of businesses that disagree with vaccine mandates.

Apple has already had issues with Unjected, initially denying approval for the app during its initial review process. Changes had to be made for it to get approval to be in compliance with the company’s strict policy on Covid-19 “misinformation,” but a spokesperson for Apple said updates to the app, as well as statements made to its thousands of users, have brought it back out of compliance.

“The developer has made statements externally to its users as well as updates to the app that once again bring it out of compliance,” the spokesperson said.

Apple argued that, because some phrases and words were initially flagged by the company in the app’s social feature, Unjected users began using different placeholder words and phrases to essentially promote the same conspiracy theories about Covid-19 vaccines.

The new decision makes clear, the company said, that “if you attempt to cheat our system, your apps will be removed from the store.”

Thompson maintains, however, that Apple is merely looking for an excuse to censor Unjected, and even says the removal “violates our constitutional rights.”