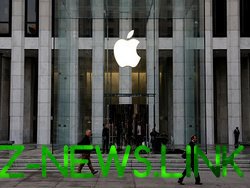 American Corporation Apple refused on a regular basis to give US authorities access to data of users of its devices, however, agreed to cooperate in the investigations. This is stated in the company statement, the contents of which leads TASS.

The document notes that the company, after shooting a Saudi soldier Mohammed al-Shamrani on the US naval base Pensacola provided the FBI all the available information and actively cooperated with the investigation. The company pointed out that in this case and thousands of others continue around the clock to cooperate with the FBI and other law enforcement agencies.

In this case, the Corporation indicated that it did not consider it appropriate to provide us authorities with the technical ability on a regular basis to have access to data of users of its devices. According to Apple, if given the opportunity to law enforcement, it can be of benefit fraudsters.

Earlier, U.S. attorney General William Barr has criticized Apple for cooperation with Russia and China, and the unwillingness to help of us intelligence agencies. He said that the company advocated the right to privacy, however, is ready “to cooperate with authoritarian regimes” when it comes to business interests.

This statement Barr made due to the fact that the FBI managed to access the phone of a Saudi student who opened fire at the airbase in Florida. The result has been evidence found confirming that the shooting at the us airbase in Florida in December 2019 linked to the international terrorist group “al-Qaeda” (banned in Russia).