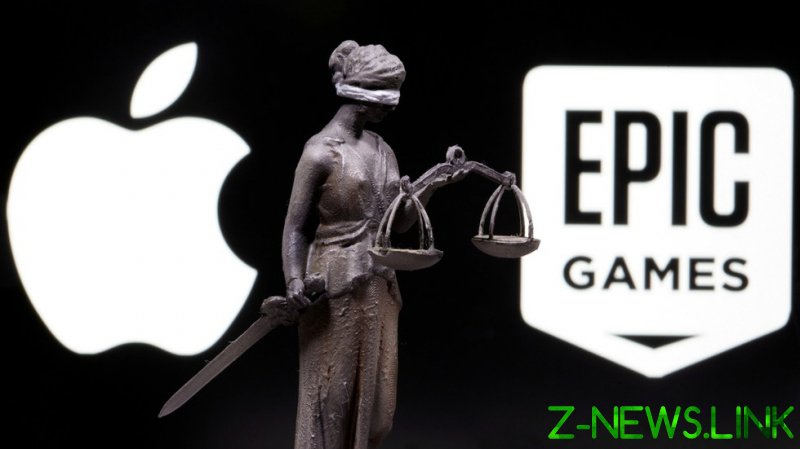 Judge Yvonne Gonzalez Rogers of the Ninth Circuit Court of Appeals shut down the company’s petition for a stay on an earlier order on Tuesday, saying Apple’s rules for payments on its App Store amounted to “incipient antitrust conduct,” also accusing it of “supercompetitive commission rates resulting in extraordinarily high operating margins.”

“Other than, perhaps, needing time to establish guidelines, Apple has provided no credible reason for the Court to believe that the injunction would cause the professed devastation,” the judge added, referring to Apple’s argument that the changes ordered to in-app payments would cause “irreparable harm” to the company. She upheld a previous deadline of December 9 to adhere to the order, handed down in September, denying even a symbolic 10-day extension requested by Apple.

While Gonzales Rogers said Apple’s own payment system might still be preferable for app developers and customers, “The fact remains: it should be their choice. Consumer information, transparency, and consumer choice [are] in the interest of the public.”

A spokesperson for Apple told Reuters it would immediately challenge Tuesday’s decision, adding that the company “believes no additional business changes should be required to take effect until all appeals in this case are resolved.”

The ruling is the latest in a lengthy antitrust battle over in-app payment systems launched last year by video game maker Epic Games, which objected to Apple’s steep 30% commission fees and tried to implement its own microtransaction system in its hugely popular game, ‘Fortnite.’ Though Gonzales Rogers’ decision in September went largely in Apple’s favor, finding that Epic had violated its contractual obligations with the Big Tech firm and requiring it to pay a substantial sum in damages, Apple has nonetheless fought to retain its control over App Store payments – at least so long as the appeals process plays out in the courts, which could take several years.