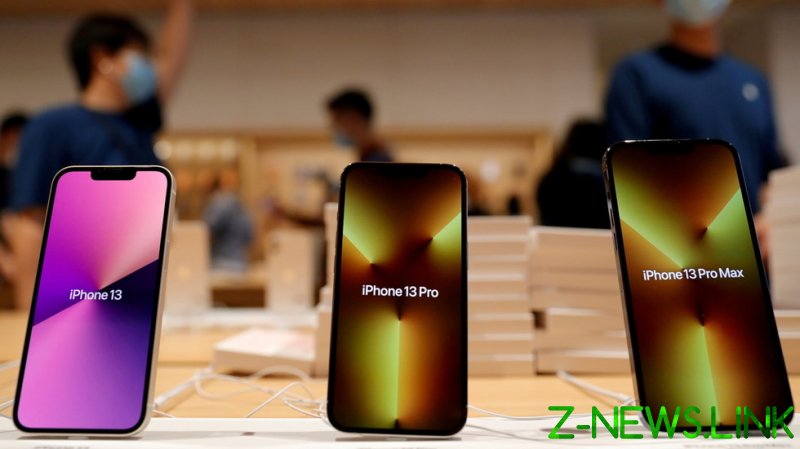 The tech giant announced a second version of its iOS 15.2 beta OS, with better control of data being one of the major selling points. It uses the recently-developed ‘tags’ feature, which allows the user to track lost devices, and beefs up security slightly in an effort to avoid the tags being used as stalking devices.

Users concerned that someone might be snooping on their device(s) can activate the “items that can track me” option and see who might be lurking in the periphery. If desired, the app will even return instructions on how to disable the nearby device’s ability to track the user.

For those hoping to play good Samaritan, the feature even includes a “Help Return Lost Items” feature, should the user accidentally come into possession of items that aren’t theirs.

Another more morbid feature being rolled out as part of the second beta is the “digital legacy” program, which “allows you to designate people as Legacy Contacts so they can access your account and personal information in the event of your death.”

While your appointed ‘Legacy Contact’ will be able to login to the iPhone and access photos, messages, notes, files, contacts, calendar events, apps, and device backups belonging to the dead person, they won’t be given access to the deceased’s iCloud account or any “licensed media.”

The initial beta launch of iOS 15.2 took place in June and was met by pushback from those users concerned about the security implications of the “Find My” tags. Quick fixes included setting the AirTags to chime after just 24 hours, when they had previously taken three days to do so.

The initial rollout of the AirTags saw them described as “stalker-proof” by some outlets, though reviewers who tested the product appeared to be worried by its ability to track a target outside of typical Bluetooth distance.

One reviewer noted that for those Apple users who hadn’t upgraded to iOS 14.5 or above, the privacy protections Apple insisted were built into the function were moot.