Apple is preparing to release another wireless headphones

Apple has introduced a new generation of AirPods. At the same time, the American company is clearly not going to stop.

Today it became known that the American company is preparing to release another wireless headphone. This time talking about the brand Beats. According to journalists of the edition CNET, the novelty is intended for those users who, for one reason or another not suitable updated AirPods.

Insiders emphasize that Apple is going to release the sequel to the popular line Powerbeats. New wireless headphones will get quite a lot of changes: new design, which will allow the accessory is better to stay in the ear, moisture resistant design and advanced transducers that provide the best sound quality. Also the new generation Powerbeats get rid of the wires connecting the ear between them.

See also:  "Will do": another insanity from sorrow-repairers

Will refresh and the hardware – Powerbeats 4 will have to get a new coprocessor Apple H1, which provides a more stable wireless connection with the devices and faster transmission of data. Likely will support the feature “Hey Siri”. It is not excluded that the new headphones by analogy with 2 AirPods will also be able to work longer from a single battery charge.

See also:  Working Samsung Galaxy S8 Plus and S8 showed in the video

The cost of the product is not disclosed. But there is every reason to believe that the cost of new items will remain the same. 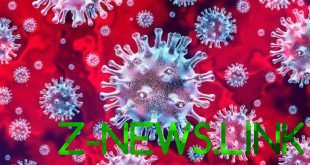