Apple is losing ground in the smartphone market 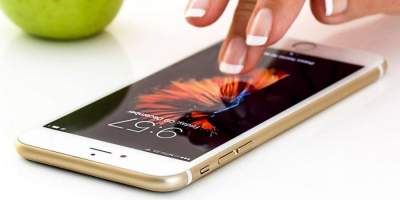 Global smartphone shipments decreased by 4% in the first quarter of 2019, reaching 330,4 million units.

The three leaders – Samsung, Apple and Huawei, according to Strategy Analytics.

According to the latest research from Strategy Analytics, global smartphone shipments “showing signs of stabilization.”

Linda Sui, Director at Strategy Analytics said, “Global smartphone shipments declined 4 percent in the year of 345, 4 million devices in Q1 of 2018 to 330,4 million in the 1st quarter of 2019. The global smartphone market has again declined year on year, but the decline was less severe than before. Prospects at the end of this year improve.”

Second place goes to Huawei. During the year, the Chinese company, the world’s largest provider of telecommunications equipment, were able to increase supplies from 39.3 million to 59.1 million pieces. Huawei has won a record 17.9 percent of the global smartphone market in the first quarter of 2019.

Apple takes third place. For the year shipments of iPhones dropped from 52.2 million units to 43,1 million units, which led to a reduction in the share from 15.1% to 13.0%. Apple has lost its position in China during the quarter and trying to make progress in India.

Xiaomi is back in fourth place, capturing 8 percent of the global smartphone market in the first quarter of 2019, the Chinese company remains at the same level as a year ago. Xiaomi is very strong in India, but is experiencing problems in China. OPPO has taken the fifth place with 8% of the world market.