Apple introduced the first ten years of the game for iPhone 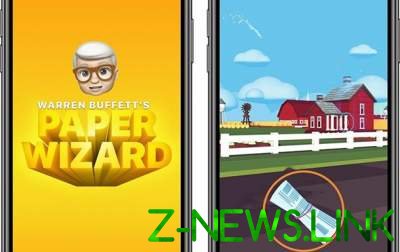 In the game the user will have to throw home newspaper.

According to the rules, players will need to throw Newspapers to the houses. Not long ago, Tim cook made a joke about short films, in which businessman Warren Buffett throws a newspaper. However, this was not a joke.

What Warren buffet is the main character. On his behalf, the player will have to throw Newspapers in the house and other points, directing the actions of the delivery person.

See also:  "The electric dreams of Philip K. dick's": the first trailer of the series!

Thus the main task for the player is to set a trajectory to hit the target. Hit gives you points, the number of which later players will be able to compete.