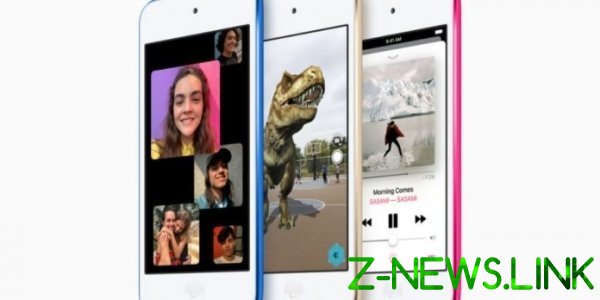 Apple released a new iPod Touch, which in many respects remained similar to the old version, but just be great for stuffing.

Most important, what has changed as a player, was the processor. It Apple A10, familiar from the iPhone 7. Innovation is important because it will allow you to add new device capabilities, in particular support for AR. In addition, with this chip, the player will get new versions of iOS and even give access to the service games Arcade Apple, the launch of which is expected in the fall, reports the Chronicle.info with reference to tehnot.com.

The second significant change made the maximum amount of memory — now there is an option with 256 GB. This is useful to Apple Music. The base model is limited to 32 GB.

From the old iPod Touch were 4-inch display (probably, the quality has not changed). Even a thumbprint scanner is not added. Colored hulls, fortunately, not seized: black, silver, gold, blue, pink and red.

MSI has introduced a powerful notebook with Core i9-9900K