Home / Medicine / Appendicitis: symptoms, are not to be missed

Appendicitis: symptoms, are not to be missed 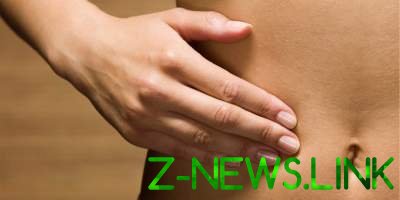 How to behave in appendicitis

Appendicitis is a disease that can surprise everyone. The symptoms of appendicitis is quite similar to many other common diseases. But the most important is proper behavior for suspected appendicitis. The threat here – the time factor.

The first symptoms: how to determine inflammation of the Appendix?

To determine that you have appendicitis, is quite difficult. Even an experienced doctor may not be able to put this diagnosis with absolute certainty.

The usual symptoms of inflammation such as in cases of poisoning, but without a pronounced intoxication syndrome (without repeated vomiting and diarrhoea (diarrhea), weakness, dry mouth).

First, as a rule, the pain occurs in the stomach. After 4-6 hours the pain increases and moves in the right iliac region (right of the navel in the lower abdomen). The temperature in this period usually lasts a subfebrile – 37.2-37.4 degrees. Sometimes there are so-called migration of pain, when the pain moves to different parts of the abdomen. Severe discomfort may also occur in the umbilical region.

With what it is possible to confuse the symptoms of appendicitis?

Complications: if time does not go to the doctor?

If time does not go to the doctor and not to operate on an inflamed Appendix, is fraught with serious consequences. Within 48 hours, occurring appendicular infiltrate. In other words, around the vermiform Appendix is attached to the internal organs, which complicates the operation.

For longer postponing operations occurs infiltration with abscess formation (inflammatory process). This condition requires immediate surgical intervention, often open access with possible re-operations. Recovery in this case occurs within 14 days, rehabilitation will last at least a month, and to full physical activity the person will be able to return only after a year.

The most dangerous complication, which can occur in case of delayed operation, samalpatti of the Appendix with fecal peritonitis. This is a very serious situation that can even lead to death.

“I had a case when the girl arrived after 5 days after onset of inflammation. She decided that her condition had improved after 2 days her symptoms subsided. This is called an imaginary being – the period when the aching stops, my stomach hurts so much and only when you touch the inflammation of the Appendix. After 5 days she had acute appendicitis with severe complications (destruction of the tissue of the intestine and the inflammatory process). My skill was enough to hold laparoscopic and not open surgery. The patient was discharged after 7 days without complications. However, such cases are successfully operated not always. Need to take more responsibility for their health and be aware of possible consequences. If you go to the doctor when early symptoms, the time of stay in hospital will be reduced to 1 day, and the period of rehabilitation up to two weeks,” says the surgeon Taras Pavlenko.

The consequences of late diagnosis:

-increased risk of septic complications in the postoperative period;

-increases the duration of recovery and rehabilitation.

Early appendicitis treated using open (abdominal) surgery. Such an operation is always difficult rehabilitation and the worst quality of life of the patient in the postoperative period.

But medicine does not stand still, and today the laparoscopic appendicitis surgery. Using a special device without a section you can view and operate on internal organs. Modern laparoscopy allows to operate even a five-day appendicitis, which greatly facilitates the patient’s life.

Laparoscopy is first and foremost a great help to the surgeon in the diagnosis of diseases of the abdominal cavity. That looks like symptoms of appendicitis, it may be another pathology that can be detected directly during the operation. Previously, the Appendix was removed anyway, because it was not possible to conduct such a diagnostic.

Useful advice from the surgeon

Do not self-medicate: if symptoms similar to appendicitis, do not take any medications, particularly antispasmodics (drotaverine), painkillers and anti-inflammatory (paracetamol, ibuprofen, nimesulide). They can smooth out the picture of the disease and complicate the diagnosis.

Promptly contact your physician, this will speed up recovery and rehabilitation.

Do not read forums, reviews and medical books and do not try to diagnose appendicitis on their own. Appendicitis cannot be cured with medication, and in any case have to go to the doctor, but precious time can be lost.

In the treatment of appendicitis is a huge plus – you can get infected only once, and cured, forget about it forever.