Appeared timetable of Ryanair flights from Kharkov to Vilnius and Krakow 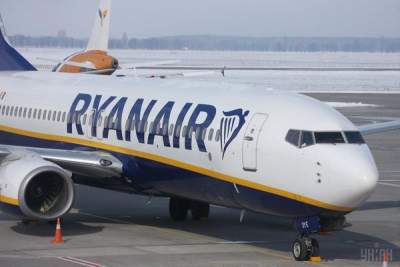 The online booking system of the airline has published the schedule and prices for the new routes. Since mid-June, Ryanair plans to start flights from Kharkov to Krakow, and from the end of October in Vilnius.

The frequency of flights on both routes twice a week, airfare to Krakow and back starts from 26.51 EUR in Vilnius and back from € 58.13. Also planned new frequencies from Odessa. As reported by Lowcost Avia, from mid-July, the start of the flight to Krakow, and from the end of October there will be frequencies in Katowice and wrocław. The cost of flights on these flights has not been announced.

What do you think about the plans of the carrier, representatives of the local tourist industry? The head of one of the offices of the Argo Travel Alexander Frenkel notes that the prospects for both good download flights: Krakow will be in demand among tourists and those who go to Poland to work. Besides Krakow flights can be joined with other European routes of Ryanair. There are, in his opinion, the potential routes of Vilnius. “Flight options from Kharkov to Vilnius with a stopover in Kiev offer the UIA and the demand for these flights is, despite the high cost. So the competition here will worsen that will adjust the price of tickets,” he says. Director Ligtour Rusanova Oksana are more cautious in their forecasts. In her opinion, competition on the Polish too will be exacerbated as to Krakow from Kharkov will fly Wizz Air. It is not excluded that someone will eventually have to concede. “Besides the summer increases the demand for other areas, particularly in the Mediterranean resorts,” – recalls the interlocutor.

Even more ambiguous predictions for Odessa. In local travel agencies openly wonder why put so many flights on Poland: this region work in Poland is not such a priority. “New flights are always good, let’s see how they will be loaded” – diplomatically says the Director of Odessa Agency “Fantasy travel” Ivan Gigel.

Another factor that may have unpredictable effects on the the download announced flight, a again called the upcoming elections. Especially if there is a second round. It is not excluded that in this situation, many again prefer to postpone your vacation as it happens now, ahead of the 31 March. Seems very likely and also the second option that many will take a wait and see attitude to see if this thing’ll fly the first flights. But it is possible that reservations will go now, good prices for flights from Kharkov to Krakow on a separate date is really very attractive. Closer to the departure of such deals, of course, will not.