Home / WORLD / Appeals to bring more young Russians to US as ‘soft power’ tool could backfire, there’s no guarantee they will like what they see 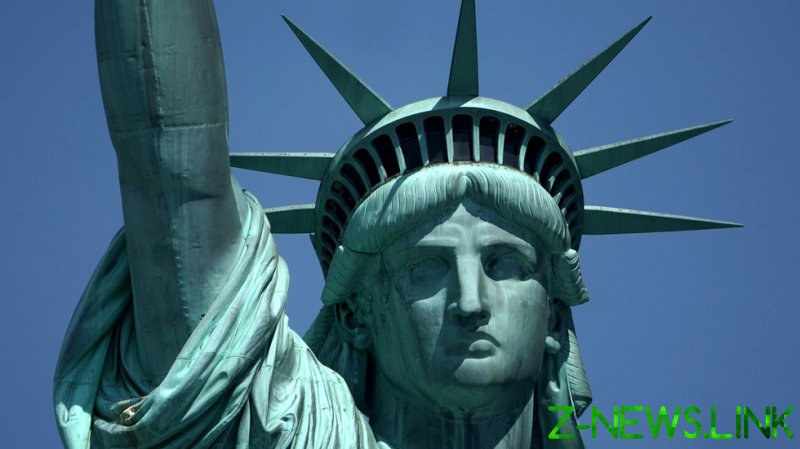 I once communicated with a young journalist from a well-known Russian newspaper who had received his undergraduate degree at a good, and very expensive, university in the United States.

He ticked all the boxes of your prototypical pro-Western, anti-Putin Russian: a young, intelligent member of the professional ‘creative classes’, with an American education to boot. It came as a bit of shock, then, when he emailed me one day to say that he’d gone to Ukraine to join the rebel militia of the Donetsk People’s Republic. It seems that you can’t tell what effect a foreign education will have on somebody.

Ever since Joe Biden won the presidential election in the United States, we’ve seen a flurry of articles making recommendations about how the new administration should deal with Russia. While details vary, the overall direction is generally the same: exert more pressure on the Russians. And then somewhere near the end, the authors chuck in some nice sounding stuff, urging that America stretches out a hand to ordinary Russians by making it easier for them to come and study in the United States.

Typical of this genre is an article in Foreign Affairs magazine by the former US Ambassador to Moscow Michael McFaul. After many pages urging a series of tough measures against the Russian Federation, McFaul says that “Biden’s team should come up with new ways to grow these ties [with ordinary Russians] even over Putin’s objections. In the long run, forging and sustaining links with Russian society will undermine anti-American propaganda as well as American stereotypes about Russia.”

To this, McFaul adds that, “The new administration should make it easier for Russians to study in and travel to the United States,” and urges European states to do the same.

One can see the logic here. Russians will come to the USA, and be wowed by its obvious superiority. They will then go back home and demand that their own country be turned into a carbon copy of America.

But as my rebel-supporting journalist shows, it’s not that simple. History provides many examples.

In the nineteenth century, the Slavophiles broke with the Westernizers and demanded that Russia find its own unique path of development. Yet they were highly Westernized people, who had often received part of their education in Western Europe.

For instance, one of the most important Slavophiles, Alexei Khomiakov, greatly admired the English, and invented a steam engine which he displayed at the Great Exhibition in London in 1851. He referred to the West as ‘the land of holy wonders’. But none of that made him any less of a Slavophile.

Likewise, Khomiakov’s colleague Ivan Kireevsky studied at university in Berlin, where he attended lectures by the famous philosopher Friedrich Schelling. But that didn’t make him any less of a Slavophile either.

One can see similar experiences in the lives of other famous Russians. A case in point is Konstantin Pobedonostsev, who taught and advised Tsars Alexander III and Nicholas II. Pobedonostsev is considered the arch-conservative of arch-conservatives, the very epitome of late Imperial reaction. But he traveled regularly to Europe, was deeply versed in European culture, and spoke German, French, English, Latin, Italian, Czech, and Polish.

Exposure to the West doesn’t therefore necessarily turn Russians into liberals who think that what their country needs is nothing other than to align its interests with those of its Western rivals. For at the end of the day, they remain Russians, with a sense of Russian national interests, and a belief that what works in the West may not work in Russia.

One can see examples of this in our own time. The head of RT, Margarita Simonyan, for instance, attended high school in the USA. Speaking recently on the TV show Evening with Vladimir Solovyov, she remarked that what this experience taught her was that America was much more of a police state than Russia. This is probably not the result that McFaul had in mind when promoting the idea of cultural exchanges.

Vladimir Solovyov is another example. The TV talk show host lived and worked in the US in the early 1990s. He then came back to Russia and became what he is today – an outspoken critic of the West, and of the United States in particular. Again, one imagines that this isn’t the effect McFaul is looking for.

This does not mean that everybody who travels to America ends up the same way. Far from it. But in the same way, every American who travels to Russia doesn’t end up hating the place either. Cultural exchanges go both ways. If America opens its doors to Russians, Russia will open its doors to Americans. The Russian government has long made it clear that it has absolutely no objection to deeper cultural ties, and that if the US and other states relax their visa requirements for Russians, Russia will reciprocate. Thus if McFaul has his way, we would see more Americans in Russia, and it’s quite possible that a lot of them would end up liking the place and deciding that America’s hostility toward Russia is unjustified. Again, one suspects that this isn’t quite what McFaul hopes to achieve.

In any case, McFaul’s strategy is based on a misreading of the Soviet experience. The people who brought down the Soviet Union didn’t do so because they’d been given a Western education. In fact, the Soviets didn’t let most of them out of the country. In a way, it was precisely their lack of knowledge of the West that led them to idealize it so much. Once they’d had a bit of exposure, they suddenly became rather disillusioned.

Meanwhile, today, the differences between Russia and the West are much less than they were 30 years ago. The kind of Russian who’s likely to go to university in America probably already lives a lifestyle not so very different to the Americans he or she will meet. The ‘wow’ factor just isn’t as great any more.

None of this means that cultural exchanges are not a good thing. They are. McFaul is right to suggest that Western states make it easier for Russians to travel and study in their countries. This will have the added advantage of making it easier for their own citizens to travel and study in Russia. It’s a win-win policy. But it would be a mistake to view cultural exchanges as a political tool. That’s not what they should be for, and it’s not at all obvious that they produce the desired political effect anyway.