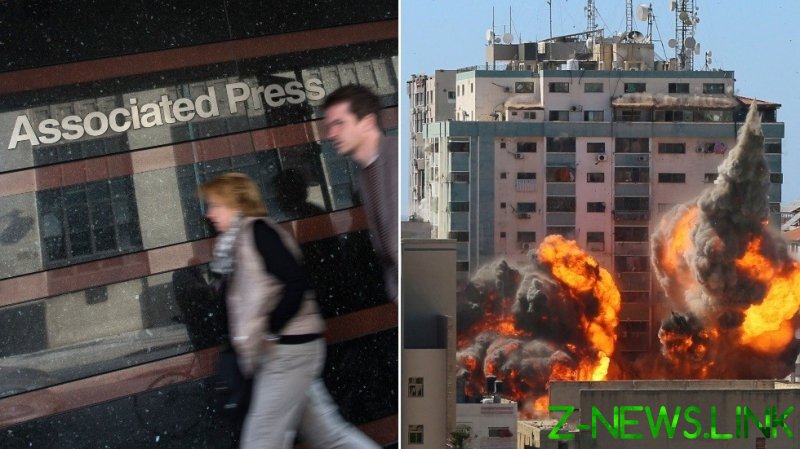 Emily Wilder lost her job with AP just over two weeks after she was hired to write news from Maricopa County, Arizona. She was fired for allegedly breaking the company’s social media rules, which require employees to stay publicly silent “on contentious public issues” and not engage in organized action in support of causes.

The news service launched a probe into Wilder’s social media footprint after her college-era pro-Palestinian activism was highlighted by right-wing outlets. She is Jewish and was an active member of Jewish Voice for Peace and Students for Justice in Palestine at Stanford, from which she graduated in 2020.

Her participation in the pro-Palestinian groups was highlighted on Tuesday by a Republican students’ organization at the university. It said the groups were pro-Hamas and notorious for “acts of intimidation and violence against pro-Israel students.” The criticism was picked up by the likes of the Washington Free Beacon and Fox News, and boosted by a number of prominent conservative public figures, including Senator Tom Cotton (R-AR).

As a student activist, Wilder was a fierce and sometimes rudely outspoken critic of Israeli policies. At one point, she described the Republican mega-donor Sheldon Adelson as a “far-right, pro-Trump, naked mole rat-looking billionaire”. Adelson, who was Jewish and died in January, drew her ire for funding the Taglit-Birthright Israel program. It sponsors free heritage trips to Israel for young Jewish adults, but Wilder viewed its activities as “nothing more than ethnic nationalist propaganda.”

The journalist said AP was fully aware of her past activism when it hired her. When her old posts resurfaced, her editor assured her she was “not going to get in any trouble, because everyone had opinions in college,” she told San Francisco news outlet SFGate.

Days later, she was informed about the immediate termination of her contract, but says AP failed to pinpoint specific messages posted during her tenure that violated its social media policy. One of her recent tweets lamented the media’s use of language in reporting on the Israeli-Palestinian conflict that she believed indicated its bias in Israel’s favor.

Wilder is of the view that she has fallen victim to cancel culture. Her termination letter from AP said that it had been pressured by the online harassment campaign against her into conducting a review of her conduct. However, she believes it then selectively enforced vaguely defined corporate rules to justify her subsequent firing.

“That’s an admission this was prompted by the campaign against me,” she said.

Some seized the opportunity to accuse conservative commentators of hypocrisy for speaking out against cancel culture when it suited them while also deploying it against their opponents.

Others expressed the hope that Wilder’s journalistic career would not suffer as a result of this setback. Before being hired by AP, she had interned at the Arizona Republic daily.