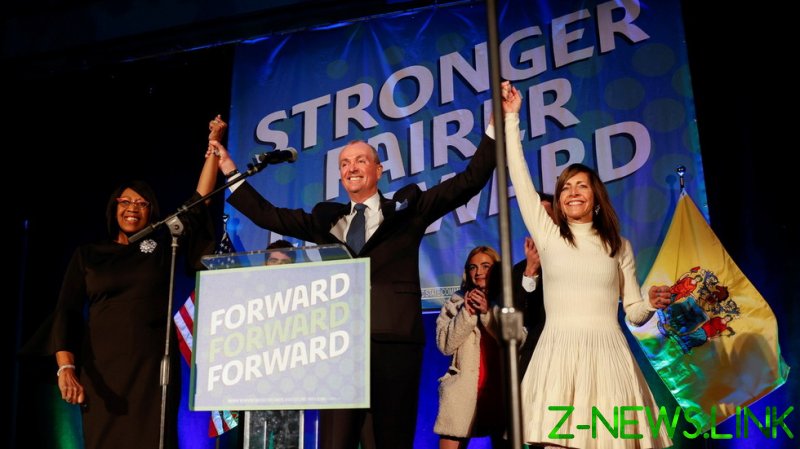 Murphy “narrowly won reelection in his reliably blue state,” AP announced on Wednesday evening, saying the Democrat “barely eked out a victory” against his GOP challenger.

“With the candidates separated by a fraction of a percent out of 2.4 [million] ballots cast, it’s irresponsible of the media to make this call when the New Jersey Secretary of State doesn’t even know how many ballots are left to be counted,” Ciattarelli’s campaign said in a statement, refusing to concede the race.

Ciattarelli took the lead on Tuesday night, but fell behind Murphy overnight – as it turned out, because early votes in the Democrat stronghold of Hudson County were double-counted. A recount saw 10,732 deducted from Murphy and 2,842 from Ciattarelli, putting the Republican back in the lead by less than 1,000 votes.

Earlier in the day, when he was lagging behind, Murphy declared he was “going to wait for every vote to be counted,” because “that’s how our democracy works.”

His reelection in New Jersey would be a silver lining for Democrats after the complete rout in Virginia, where they lost the majority in the House of Delegates and every statewide office just a year after Joe Biden carried the state by a 10-point margin.