Home / WORLD / AOC’s not a socialist, but a political actress whose performative theatrics & tears are trying to keep the dying Democrats alive

AOC’s not a socialist, but a political actress whose performative theatrics & tears are trying to keep the dying Democrats alive 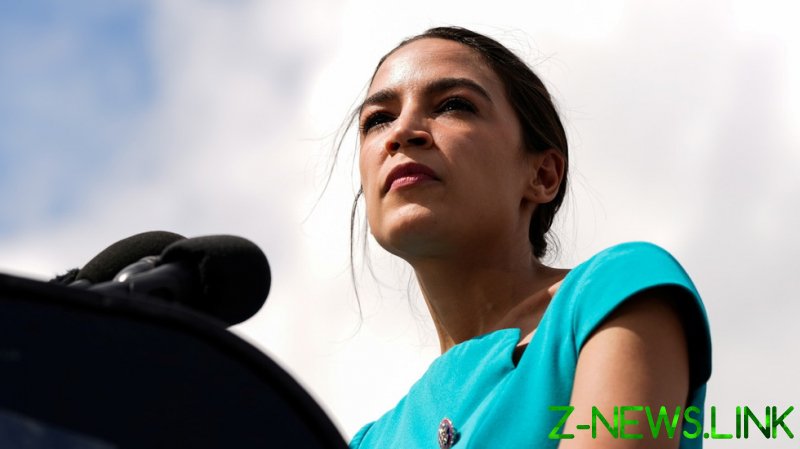 New York Congresswoman Alexandria Ocasio-Cortez is one of the United States’ Congress’ most famous members. She has millions of followers across her many social media platforms, and is reviled and loved in almost equal parts across America.

Lately this apparent darling of the left has been in the news a little more than usual for two spectacular pieces of political theater. First, she attended the exclusive and celebrity mobbed Met Gala in New York wearing a dress with the message ‘Tax the Rich’ written across the back. Then, in more serious if possibly superficial news, she was filmed weeping tears onto the House floor after changing her vote from ‘no’ to ‘present’ in regard to one billion dollars of funding for Israel’s ‘Iron Dome’ security system.

There is nothing wrong with political theater per se – people in Latin America have experienced some of the most dramatic political drama, while at the same time experiencing record growth and social inclusion. The difference between AOC’s political theater and that of, say, Venezuela’s Hugo Chavez or Argentina’s Eva Perón, is that AOC has very little to show for her congressional career besides all of the grandstanding, and not just because she is consistently ranked one of the most ineffective congresspeople.

Many people concerned with human rights abuses by Israel, in the United States and across the world, were irritated by AOC’s cowardice in changing her vote against additional funding for the Iron Dome system. We have to ask ourselves why our government feels the need to write yet another check for Israel for $1 billion, meanwhile millions of people in the United States find themselves in ever more precarious conditions of poverty and social misery.

If nine other congressional democrats could vote against it, why couldn’t she? Perhaps she has higher political ambitions that she feels a ‘no’ vote could jeopardize? Perhaps House Speaker Nancy Pelosi threatened to primary her or cut funding to her campaign? It isn’t clear, and the four page note that AOC wrote in defense of her vote only left people more confused than enlightened, and that is probably exactly what the NY congresswoman wanted.

It would seem that the inconsistency of AOC and her allies certainly does give credence to the argument that something cynical is going on behind the scenes. It’s also important to note that the $1 billion check for Israel passed with 420 votes in favor and 9 against, so even if AOC was genuinely concerned about the bill not passing, she clearly had nothing to worry about and was free to vote how it seems her constituents – and her conscience, perhaps – wanted her to vote. But no, she did not have the courage to do so and disappointed many of her own constituents who sent her to Washington, DC as well as people across the world. Were the tears crocodile ones or genuine? Or those of a clown?

When a fellow congresswoman, Tulsi Gabbard, made the choice to vote present on articles of impeachment against Donald Trump, AOC did not hold back; “Today was very consequential, and to not take a stand one way or another, on a day of such great consequence to this country, I think is quite difficult. Whenever we have a vote, we should vote ‘yes’ and we should vote ‘no.’” It is hard to imagine where this AOC is, perhaps she is locked away in Pelosi’s basement, or that of the American Israel Public Affairs Committee.

When AOC was pictured in her ‘Tax the Rich’ dress at the Met Gala, I thought many people on both sides were thinking too much into it…it’s just a dress! Then I saw the pictures of protesters outside being hauled away injured or in handcuffs. To really put things into perspective, let’s look at the facts. AOC gets paid $174,000 a year as a member of Congress; her constituents no doubt sent her there to be a bit of a feather ruffler; she kicked out a 10-term incumbent while running on a left-of-center platform. One of her first newsworthy actions was staging a protest at Nancy Pelosi’s office over climate change!

While being paid this large salary to ‘represent’ one of the United States’ poorest districts, AOC was invited to attend the Met Gala, one of the world’s most exclusive and expensive events with a single ticket costing $30,000 dollars, according to Newsweek. While the star studded event went on with AOC inside, outside numerous protesters asking for a reappropriation of the NYPD’s $11 billion budget were being whisked away to jail.

Herein lies a fundamental problem with current political discourse in the United States. While AOC schmoozed with the ultra wealthy and simultaneously got some points on her ‘woke’ card and nice pictures to post on Insta, people taking to the streets and demanding social change were arrested.

No matter how many $10,000 dollar dresses with political statements somebody wears, no matter how many tears somebody sheds as they vote ‘present’, and no matter how many $30,000 ticket events they attend, it is all just performance. So-called progressive politics has by and large become superficial, surface level, and toothless, because of co-option by the political and economic establishment. Things need to change, and fast.