Anything goes to spite GOP? Popular British historian draws fire by cheering on hurricanes about to batter ‘Trump voting states’ 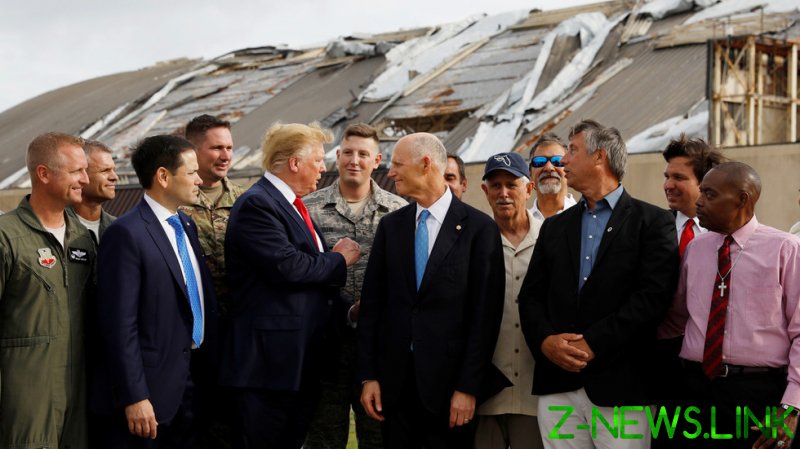 Tropical Storms Laura and Marco are moving through the Gulf of Mexico towards Texas and Louisiana and are projected to make landfall on Monday and Tuesday, less than 24 hours apart. One might think the destruction and loss of life they could cause is bad news, but not so for Dan Snow, a popular British media personality famous for his historical films.

Snow managed to find dark irony in the potentially deadly storms, saying they will smash “into Trump voting states the night before the climate crisis denying authoritarian’s acceptance speech” during the upcoming Republican National Convention.

He joked that this will also serve as “the weather’s revenge,” 150 years in the making, on 19th century British art critic John Ruskin, who didn’t approve of the personification of natural phenomena, like calling clouds ‘sullen’, which was widely used by contemporary poets. Ruskin’s term for it, the ‘pathetic fallacy,’ is still used today to combat confusing metaphorical descriptions in science.

The apparent callousness of the tweet was a tad too much for many people, who expressed their shock and wondered if Snow will change his mind if Laura and Marco claim any lives after arriving in the US.

Others pointed out that even as a political takedown, it didn’t really work well. After all, attributing political preferences to hurricanes is a pathetic fallacy!

A few wondered why a historian would call the double landfall in the US a first-ever event, when in fact, Texas and Florida were battered by two tropical storms within 24 hours back in 1933.

Needless to say, Snow is no fan of President Trump, and is not too shy to embrace even some of the crazier things said about Trump to share a punchline with his 300,000+ followers.